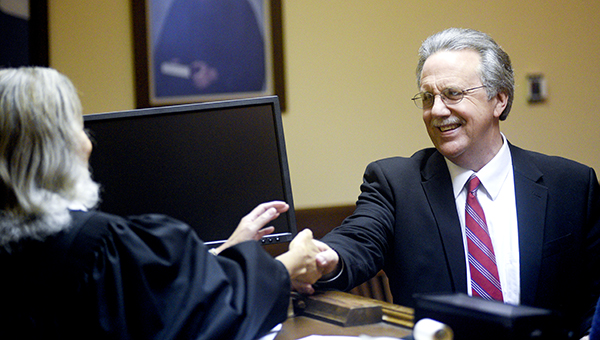 Warren County’s Coroner’s Office has at times run out of space and is looking for options.

Due to a combination of the state crime lab being backed up, and his office forced to meet the demands of additional deaths some of which are connected to the COVID-19 virus, coroner Doug Huskey said his office has recently run into worries of not having a place to put a body. On Monday he made a request of the Warren County Board of Supervisors to purchase morgue refrigeration units.

“When it is 100 degrees outside, I don’t need to not have a place to put a body,” Huskey said shortly after the Board of Supervisors’ meeting Monday morning.

During Monday’s work session, county purchasing agent Tonga Vinson presented supervisors Huskey’s request, which has not yet been finalized. Vinson said she had just started researching the purchase, but following Monday’s presentation, she may need to look for a larger unit.

During the discussion, supervisors said they were worried that if Huskey is currently running into not having a place to put a body now, a three-drawer unit might not be big enough. They asked Vinson to research larger units that would cover the county’s needs and be a most cost-effective option.

Huskey said the current problems with space are due to bodies that are being held at local funeral homes awaiting autopsies at the state crime lab, which is backed up, and bodies that are the result of natural deaths, some connected to the COVID-19 pandemic. The unit would be used to store bodies awaiting autopsies at the crime lab, not those connected to natural causes.

Huskey said he had to transport a body to a facility in Jackson last week due to the fact there was nowhere to put them in Warren County.

Currently, Warren County does not have a morgue or its own storage units. Huskey said it has never been an issue, as families had always asked for a particular funeral home to handle the arrangements and care for the body.

Huskey also said that as of Monday morning, his office had handled 34 COVID-19-related deaths, 24 of which involved residents of Warren County.

A quick search of three-drawer units on the Internet gave a wide range of prices, from just over $4,000 to well above $10,000. Vinson told supervisors she would continue to work with Huskey on getting pricing for the three-drawer unit and costs for larger options.

In the presentation, Vinson said the new unit would be located at Jefferson Funeral Home. Vinson said Huskey felt the indoor location was much more secure than other options and still gave the coroner and his office the access they needed.

Over the weekend, Warren County continued to record high numbers of new COVID-19 cases, again placing the county among those... read more