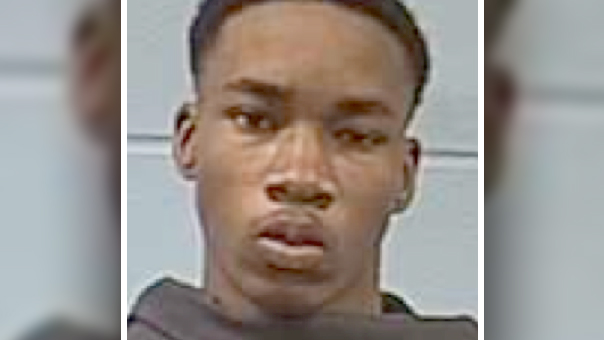 A Vicksburg teenager has been arrested and charged in the attempted armed carjacking Wednesday morning on Wisconsin Avenue.

At 10:24 a.m., officers were dispatched to the area of Wisconsin Avenue and Fleur-de-Lis Drive after a subject called 911 to report that two black males had attempted to steal his truck at gunpoint. When the would-be victim tried to wrestle the handgun away from his assailant, both suspects fled on foot behind the Red Dot Self-Storage facility.

At 10:46 a.m., the two suspects were discovered behind Parkwood South Apartments. One suspect immediately surrendered, while the other led officers in a brief foot pursuit before surrendering.

Devonta Harris, 17, of Vicksburg, was charged with attempted armed carjacking by Vicksburg Police Department investigators. Harris was also charged with one count of possession of a stolen firearm.

As for the firearm, officers responded to a home on the 100 block of Signal Hill Drive at 2:14 p.m. in reference to the stolen firearm. The victim reported someone broke into his vehicle on Lakehill Drive earlier that day and stole a Taurus PT24/7 pistol.

Harris was later found in possession of the weapon and was used in the attempted carjacking on Wisconsin Avenue.

Judge Angela Carpenter set Harris’ bond at $50,000 on the carjacking charge and $20,000 on the weapons charge and he was bound over to the grand jury.

A second teen was not charged and was released.

A Vicksburg teenager has been arrested and charged in the attempted armed carjacking Wednesday morning on Wisconsin Avenue. At 10:24... read more