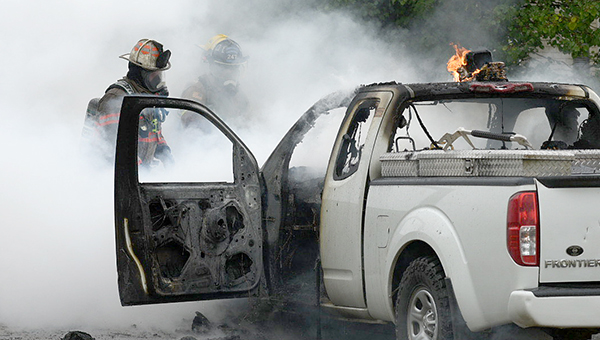 An employee with Baker Services is thankful he was out of his truck Wednesday afternoon at the time it caught on fire.

Just before 5 p.m., units with Fisher Ferry Fire Department, along with personnel from Culkin Fire Department, responded to Azalea Trace Apartments for reports of a vehicle fire. Once they arrived, the truck was fully involved.

Responding units were able to quickly douse the fire, but the truck was destroyed.

The driver was in the area reading water or electric meters.

Warren County Fire Coordinator Jerry Briggs, who also responded, said the cause of the fire was likely an electrical issue as the driver reported having problems with his headlights earlier.