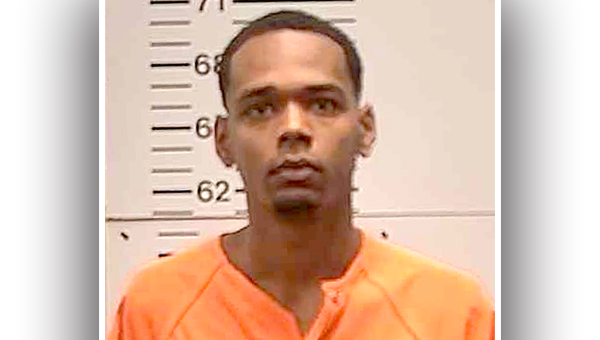 Warren County man charged in incident where his mother was shot

A Warren County man is in custody and faces charges stemming from an incident late Wednesday that led to the shooting of his mother.

Just before 8:30 p.m. Wednesday, deputies with the Warren County Sheriff’s Office responded to a call of a shooting in the 4500 block of Halls Ferry Road.

According to Warren County Sheriff Martin Pace, when deputies arrived they saw an adult male — identified as 20-year-old Jimmy Hester — running out the back door of the house. Deputies quickly apprehended him.

As Hester fled the house, deputies noticed he dropped what appeared to be cash and baggies, which later were confirmed to contain two ounces of high-grade marijuana.

When deputies re-entered the home, they found an adult woman, Hester’s mother, suffering from a gunshot wound to the head. They also found a juvenile female, who was not a relative of Hester’s, suffering from puncture wounds to her leg.

“During this altercation, the suspect for some reason found it necessary to retrieve a handgun,” Pace said. “Intentional or not, his mother was shot in the head.”

After Hester was taken into custody, deputies discovered the handgun believed used in the shooting, as well as one of Hester’s shoes near a neighbor’s house.

Hester is charged with one count of aggravated domestic violence and one count of felony possession of marijuana with intent to distribute.

Hester appeared in Warren County Justice Court Thursday, where Judge Jeff Crevitt set a $40,000 bond on the aggravated domestic violence charge and a $10,000 bond on the felony possession of marijuana with intent to distribute charge.

Hester is currently housed in the Warren County Jail.

Plans have changed: Washington Street to remain open this weekend

Vicksburg residents hoping to enjoy a Bourbon Street-type experience in Vicksburg this weekend will have to wait. Mayor George Flaggs... read more