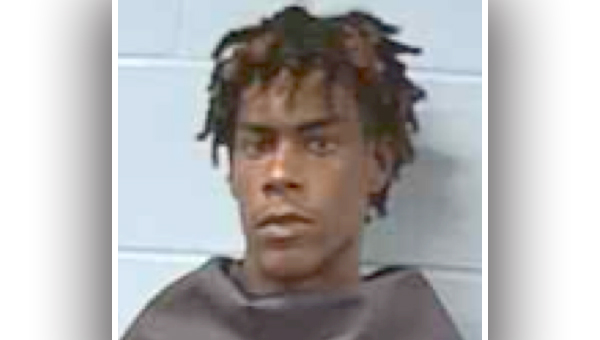 A Vicksburg man has been arrested and charged with felony domestic violence after an altercation with his girlfriend early Sunday.

Sky Williams, 20, of Vicksburg, was arrested Sunday on a charge of felony domestic violence.

Williams appeared before Judge Angela Carpenter Sunday Vicksburg Municipal Court, where his bond was set at $60,000 and he was bound over to the grand jury.

• On Friday, at 11:33 a.m., officers responded 2080 South Frontage Road in reference to a theft. The victim reported someone stole a Coach purse that contained $500 from a 2018 Nissan Rouge.

• On Friday, at 3:55 p.m., officers responded to Vicksburg Junior High School, 1533 Rosa A Temple Drive, in reference to an auto burglary. The victim reported someone went into a 2015 Toyota Avalon stealing a.380 Smith & Wesson. The vehicle had been left unlocked.

• On Sunday, at 1:34 a.m., officers responded to a report of a shooting that occurred on Highway 61 South near Cain Ridge Road. The vehicle, a 2012 Toyota Corolla, had been struck once in the passenger’s side rear panel. Neither of the occupants of the vehicle was injured.

• On Sunday, at 1:30 p.m., officers responded to an address in the 200 block of Demby Drive in reference to a shooting. The resident reported someone shot into one of the house’s bedroom windows.

A Vicksburg teenager wanted in connection to shooting into a car was arrested Saturday at a Vicksburg hotel. Kentavious Ford,... read more