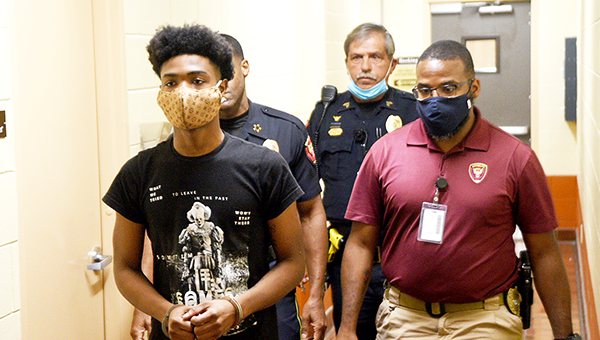 Kevon Dulaney, 17, is making his initial court appearance in connection to the late Monday night murder of Keiyln Cessna, 14, on Bowmar Avenue. He is charged with murder.

Dulaney surrendered to officials at the Vicksburg Police Department Tuesday afternoon accompanied by members of his family.

Judge Angela Carpenter set Dulaney’s bond at $1 million and bound the case over to the grand jury.

Cessna was reportedly walking with two others near the 1200 block of Bowmar Avenue late Monday when he was shot and killed.

According to details available from the Vicksburg Police Department, the shooting took place just before midnight and indicate the multiple shots that killed Cessna came from a vehicle driving in the area.

Cessna died at the scene.