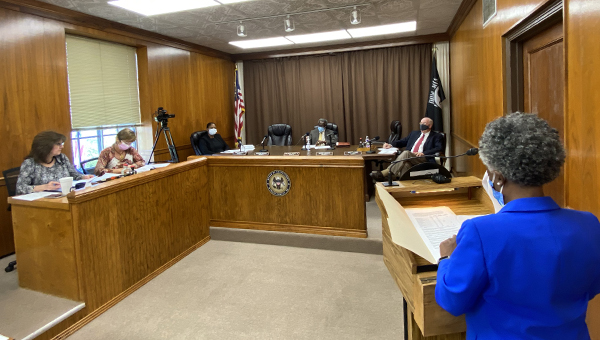 The Warren County Board of Supervisors on Tuesday approved a 2020-2021 budget that does not call for any tax increases and allows for a slight pay increase for some county employees.

It was that unfamiliarity with the budget and budget process, that proved to be valuable, county leaders said.

“We went through the budget line-by-line and found a number of savings,” Warren County Board of Supervisors President Dr. Jeff Holland said. “These saving were then reassigned to other high priority items, one of which was the employee salaries, something that was not able to be done last year.”

It also includes capital improvements for the county’s parks and recreation department, which includes irrigation and the replacement of some equipment at the county-owned Clear Creek Golf Course.

The budget also includes repairs to the courthouse, a generator for the Board of Supervisors office, and equipment for the county’s road department.

The ad valorem tax level in the county will remain the same, which means there will not be any increase in property taxes, automobile tax renewals and other property tax-eligible categories.

The budget includes operating budgets for E-911, Port Commission, public library, and all six of the county’s fire districts, among other departments.

Deputies with Warren County Sheriff’s Office are seeking information in the early Monday morning shooting death of an 18-year-old on... read more