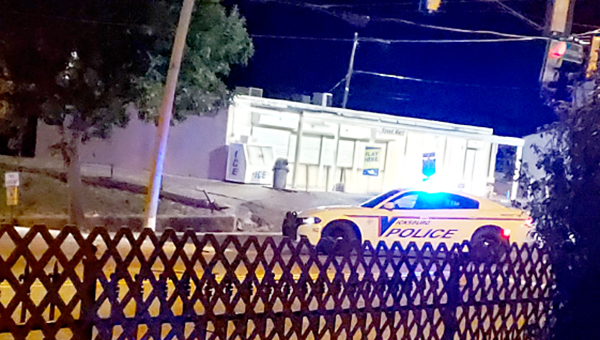 Investigators with the Vicksburg Police Department are continuing to piece together details of a shooting incident early Friday that took place along Washington Street.

Shortly after 1 a.m. Friday, reports indicated two vehicles were traveling south on Washington Street near Speed Street, with the occupants of one car firing guns out their windows at the other vehicles.

Witnesses described a tan sedan traveling behind a dark-colored Chrysler 300, with occupants in the sedan shooting at the Chrysler.

Few details are available, but officials confirmed the Chrysler received multiple gunshots in the area of the vehicle’s trunk and the back passenger side door. Despite the number of gunshots that struck the vehicle, no one was injured.

Investigators were again at the scene Friday morning attempting to collect additional evidence.

With a boost from ESPN, the game of cornhole is continuing to grow in popularity. Tournaments are being held throughout... read more