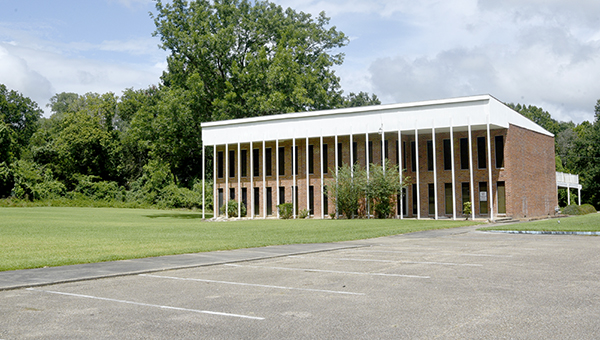 Animal advocates and supporters of a new animal shelter in Vicksburg have organized a rally to encourage city leaders to move forward with plans for a new shelter.

In a letter filed Friday with the city clerk’s office, a group of residents requested permission for a peaceful march on Oct. 1 “in support of a new animal shelter in Vicksburg.”

“We had to make a decision to make this a public rally because we need some things to be done,” Dianne Gargaro, who is one of the event’s organizers, said. “We’ve had some promises made to us that are not being followed through with. So, we have some things we want to show the mayor and aldermen that we are serious about moving forward with this new shelter and want them to stop dragging their feet.”

The letter requesting permission to host the rally, and block off portions of the street to accommodate the rally, was submitted by Marilyn Terry.

Gargaro said the group is asking the city to agree to purchase the property on Rifle Range Road that should be under consideration by the city as a site for a new shelter. The city has been doing due diligence on the property, but Gargaro said city leaders are acting too slowly and the group wants the property under contract by Nov. 1.

“We as a group are prepared to raise funds to help build the new shelter but we cannot do anything until there is a piece of property to build on,” Gargaro said. “You cannot ask people to donate money to a new shelter, and then they ask, ‘Where is it going to be?’ and you say, ‘I don’t know.’ They will ask ‘When’s it going to be built’ and we have to say ‘I don’t know.’

“In order for us to help with the shelter project, we have got to have a piece of property to build a shelter on,” she said. “And, we as citizens of Vicksburg, want this new shelter.”

Mayor George Flaggs Jr. Sunday said he continues to stand by his commitment for the city to build a new shelter, but says the speed government moves in situations like this is different than in the private sector.

“The shelter project is still on course, unfortunately, government does not work like private society,” Flaggs said. “We are at a point in society when people disagree with the pace of government they protest. They absolutely have a right to do so, a constitutional right, and I support that right.”

Gargaro said it is not the group’s intention to be confrontational with city leaders, but they do expect a response.

“We want the promise that the mayor and aldermen made to us to be carried out without further delay. They promised us a shelter,” she said. “That building those dogs and cats are in is 50 years old and it was a grain storage area that was then rigged into being a shelter. It was not adequate then and it is definitely not adequate now.”

“I stand by every word I have said, every promise I have made,” Flaggs said. “But, there is no way I can commit to having a deal done by a certain date. We first must make sure it is legal and that the deal is in the best interest of the citizens of Vicksburg.”

Flaggs said the selection of the property, which has gone from a piece of property on Oak Street and now is focused on the Rifle Range property, and the overall shelter project was slowed by the COVID-19 pandemic and the response the city had to take to slow the virus locally.

The group has also placed an online petition on Change.org advocating for the shelter project to move forward. As of Sunday afternoon, the petition had received support from more than 300 individuals.