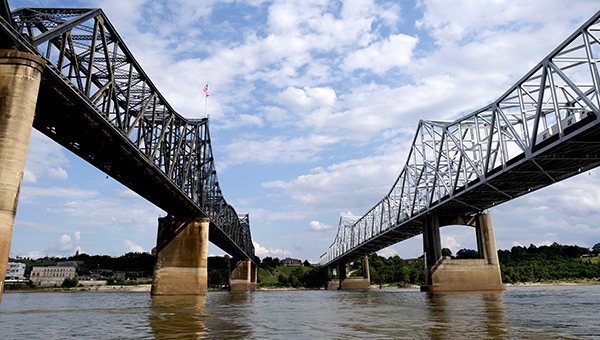 Officials announced the body found in the Mississippi River, just north of Natchez Saturday, was that of the man who jumped from the Interstate 20 bridge in Vicksburg Wednesday.

The Vicksburg Police Department, which launched a missing person investigation Wednesday, also confirmed the body removed from the river was the person who jumped from the eastbound lanes of the I-20 bridge Wednesday morning.

Warren County Sheriff Martin Pace said once he was contacted by Vicksburg Warren 911, he secured video of the bridge area and confirmed that a male did jump from the bridge just before 7 a.m. Wednesday.

From Wednesday through Saturday, boat crews, along with commercial operations, searched the river as far south as Grand Gulf Nuclear Station in Claiborne County.

Saturday morning, Pace was contacted by the Concordia Parish Sheriff’s Office, which reported deputies — along with the Mississippi Department of Wildlife, Fisheries and Parks, and Adams County Search and Rescue crews — removed the body from the river approximately 10 miles north of Natchez.

The body was reportedly turned over to the Concordia Parish Coroner in Louisiana and then transported to Warren County.