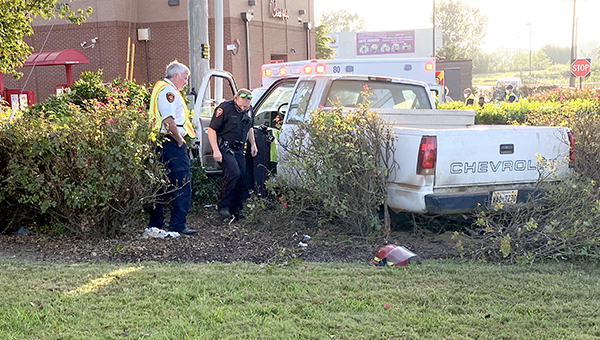 Traffic along Halls Ferry Road, near the busy Pemberton Square Boulevard intersection, was slowed Tuesday morning as emergency units responded to a one-vehicle accident near Chick-fil-A.

The Vicksburg Police Department is investigating the accident where the vehicle, a truck, appears to have been traveling north on Halls Ferry Road before leaving the roadway and crashing through the rose bushes near Chick-fil-A. The truck also appeared to have struck a large power pole located near the flower bed.

Entergy was on the scene following the accident to check on the power pole. There was no information on any outages as a result of the accident.

One person was transported to Merit Health River Region for minor injuries.

Riverwalk cancels Bras Along the Bridge campaign, makes donation instead

Riverwalk Casino and Hotel announced Monday it would not hold its annual Bras Along the Bridge campaign due to concerns... read more