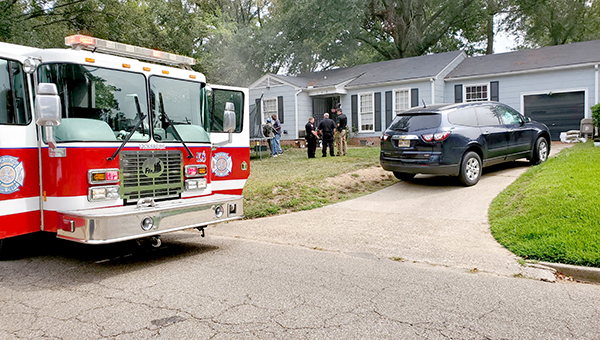 The quick actions of a homeowner saved his house at 149 Roseland Drive from being destroyed.

Homeowner Derrick Anthony said he was outside the house when he heard his wife call him about the fire, which was in the kitchen.

“I ran in, grabbed my fire extinguisher and put it out,” he said. Vicksburg Fire Department Capt. Willie Holt said the fire was out when firefighters arrived. Holt said the cause of the fire was a faulty wire on an appliance in the kitchen.

When police arrived at the scene just after 10:30 a.m., they reported seeing smoke coming from the house, but no flames. Early reports from firefighters have reported melted siding among other damage.

Holt the kitchen sustained fire damage with smoke damage to the rest of the house. All the occupants were able to get out and no one was injured.

He said Fire Department Capt. Richard Wilson, who was off-duty, who was passing by about the same time Anthony was involved with the fire, stopped to render assistance. Wilson, who knows the family, said he checked to make sure everyone was all right.