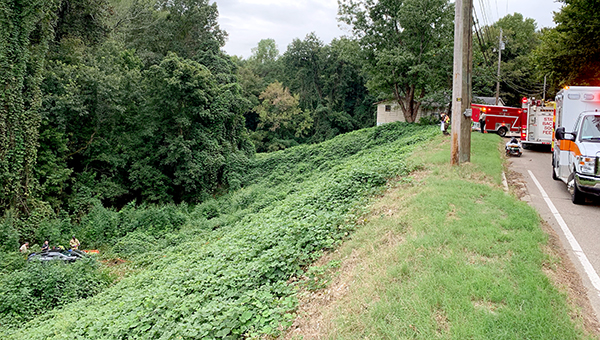 Drivers injured as accident sends one vehicle sliding down hill

Emergency units remain on the scene of a serious two-vehicle accident on Culkin Road near Mount Alban Road.

One of the vehicles, a dark-colored Corvette, slid down the embankment of the road, forcing emergency units to extract the driver.

The other vehicle, an older model pick-up truck, received damage to the front of the vehicle but remained on the road.

Both drivers were transported to Merit Health River Region. Officials did not identify which driver, but one was scheduled to be transported to a Jackson-area hospital by air ambulance.

There was no information as to the condition of either person.