Officials: Mask mandate is effective, likely to be extended in Vicksburg 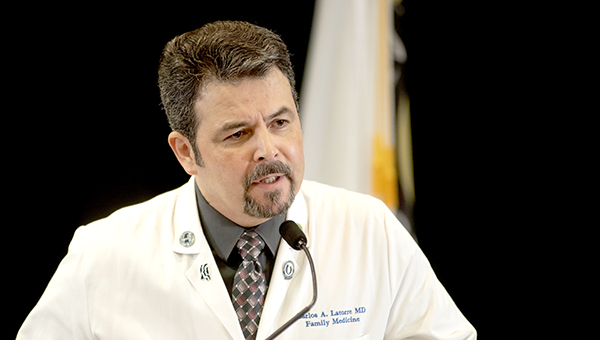 The COVID-19 pandemic in Mississippi has now surpassed seven months and, in that time, the emotions and response to this ongoing pandemic have run the gamut. There have been spikes and lulls, flattening and bending of the curve ,and moments where state and health officials felt the fight against the virus has been both won and lost.

Overall, since the first case of COVID-19 was confirmed in Warren County on March 29, a total of 1,470 cases have been reported, a daily average of 7.4 cases per day. The county has reported a total of 53 deaths connected to the virus, a rate of one death every 3.7 days.

So far in October, Warren County has seen a total of 52 new COVID-19 cases, an average of 4.3  per day. That is slightly higher than the 3.1 cases per day over the first 12 days of September.

While not a spike by any means, the bump in numbers is likely connected to the lessening of social distancing measures at the state level and a move by Gov. Tate Reeves on Sept. 30 to allow the state’s mask mandate to expire.

“I think some people probably were fatigued from wearing the masks for so long and they are not wearing the mask as often as they should, and that probably causes more people to be exposed and infected,” Dr. Carlos Latorre, a physician with Mission Primary Care said Monday. “Also, the loosened restrictions on other activities so you can take more people at things like football games, and have more people in restaurants, is likely why the numbers are going up.”

Even though Reeves allowed the state mask mandate to expire, the city of Vicksburg and the Warren County Board of Supervisors kept the local mandates in place, which supersede the state’s order. In Vicksburg and Warren County, anyone in a public building, or in a setting where social distancing is not possible, must wear a mask.

“The unfortunate thing is, if the numbers go up again we can go back to the mandates,” Latorre said. “The safest thing to do is keeping the 6-foot distancing where possible and wearing masks. If we don’t do it voluntarily and the numbers creep up again, we are looking at another statewide mandate. We don’t want to get to that point but we could if we keep going the way we are and the numbers keep going up.”

Monday, Vicksburg Mayor George Flaggs Jr. said the city’s order goes through Nov. 2, but he is leaning toward “extending the mask mandate another month, or the first of the year, or when a vaccine is available.”

Flaggs said even though the daily averages of new COVID-19 cases remain in the single digits, his thoughts on extending the mask mandate are based on both the success of the mask mandate and the arrival of cold and flu season.

“It does not make sense to me to cut it off when we know we are approaching cold and flu season, where people cough and sneeze,” Flaggs said.

But, Latorre said, the coming change in weather, where cooler and then eventually cold weather is coming, could aid in the spread of COVID-19.

“We’re watching it. The issue so far has been the weather had been pretty good. It hasn’t been too cold and we haven’t been forced to spend more time indoors for cold weather,” he said. “But by the time fall and early winter get here, when it gets cold and we spend more time indoors, in enclosed spaces, the risk of infection is going to go up if we don’t wear the masks.”