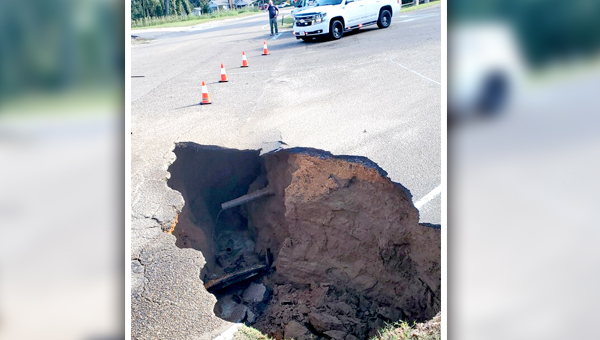 A large hole developed Friday morning at the intersection of Culkin and Mt. Alban Road. The hole was caused by a break in a water line. (Submitted photo)

Crews with Culkin Water District are on the scene of a sinkhole that collapsed Friday morning.

The sinkhole, located at the intersection of Culkin and Mt. Alban Road, has forced the temporary closure of Mt. Alban while repairs are made. The road should be reopened later this afternoon.

Apparently, the collapse was caused by a broken water line underneath the road.