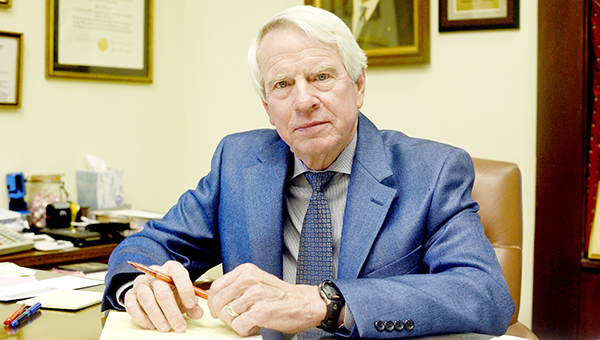 Varner: Mississippians have a chance to make history Tuesday

Nov. 3, 2020, will be a historic day for Mississippi. We have the opportunity to select a new state flag, proclaiming to the world the ideals and beliefs of our beloved state.

I am privileged to have served on the Commission to Redesign the Mississippi State Flag. The Commission followed a democratic and inclusive process to select a design recommendation for our new state flag for the new century.

The legislative charge to the Commission was clear: Honor the past and embrace the promise of the future. Further, our new flag must include the words, “In God We Trust.”

The process was transparent. More than 3,000 designs were submitted. More than 70,000 public comments received, and the Commissioners collaborated to reach a design decision.

Recognizing beauty is in the eye of the beholder, I want to share the meaning behind each element of the new flag.

The focal point is a magnolia, which symbolizes hope, hospitality and rebirth. The circle of 20 white stars represents Mississippi as the 20th state of the Union and is anchored by a gold star at the top to honor indigenous Native American tribes of the land that would become Mississippi.

My sincere belief is the “In God We Trust” flag can and will become a point of pride for our state. Tuesday, I encourage each of you to go to the bottom of the ballot and vote “yes” to adopt a flag for all of Mississippi’s people.

Mack Varner is a local attorney and was appointed to the Commission to Redesign the Mississippi State Flag by Lt. Gov. Delbert Hosemann.

On Nov. 3 Mississippians will be deciding if we want to permit marijuana to be used “medically” in our state.... read more