Four Down Territory: It’s hard to repeat in Class 6A, Harris back on field for Colts, and no one runs anymore 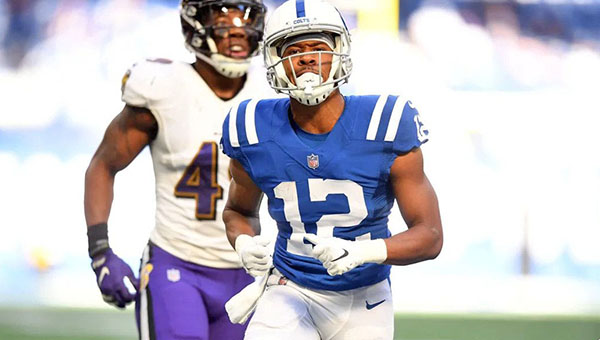 1
The MHSAA Class 6A playoff picture, which included more than a dozen different scenarios, sorted itself out neatly as the regular season concluded on Friday night. When the smoke settled, one thing besides the matchups was clear — the age of long-running dynasties in Mississippi’s largest classification might be over.

Only one of the four region champions, Oxford in Region 1-6A, managed to repeat this season. Clinton became the fifth different Region 2-6A champion in as many seasons by beating Starkville 35-7, and Oak Grove was the fourth different team in four years to win the Region 3-6A title.

By comparison, from the time Class 6A was formed in 2009 through 2015, there were 28 region championships spread among 12 programs and there were 13 repeat champions.

In Region 2-6A, Madison Central won five consecutive championships from 2009-13, but has not done it since. Either Starkville or Clinton has finished first in six of the past seven seasons, but only Starkville in 2014 and 2015 was able to repeat.

Strangely, one of the most successful teams of the past 11 years got to enjoy a rare celebration Friday night. Oak Grove (9-0), which is ranked No. 1 in the Mississippi Associated Press Class 6A and overall polls, beat Northwest Rankin 56-30 on Friday to win its first region title since 2006. The Warriors have played in the Class 6A championship game five times since 2009, but had never won a region title in that span.

2
Former St. Aloysius star DeMichael Harris was promoted from the Indianapolis Colts’ practice squad to the active roster for Sunday’s game against the Baltimore Ravens. It was the second time in three games that Harris has been on the active roster, and he turned in a solid individual performance in a 24-10 loss.

The rookie wide receiver finished with 55 total yards — 28 rushing and 27 receiving — on two rushing attempts and four receptions. He was on the field for 16 offensive plays, four more than in his NFL debut in Week 6 against Cincinnati. He also was in for three special teams plays.

Harris had a 12-yard run for a first down on the final play of the first quarter against Baltimore, and caught a 5-yard pass late in the second quarter to help set up a field goal. He caught two passes on the Colts’ final drive of the game, which ended on downs at the Ravens’ 20-yard line. One of his late receptions went for 13 yards on fourth-and-4 from the Colts’ 38.

Colts head coach Frank Reich had plenty of praise for Harris in his postgame press conference.

“I was excited to see DeMichael with the ball in his hand,” Reich said. “I have a lot of confidence in him. He did a nice job. It’s not too big for him, as we like to say as coaches. He’s an explosive athlete, he’s really smart, and I think there’s a lot of upside with DeMichael.”

It is uncertain whether Harris will be active again for the Colts’ next game, but if he is he might be matched up against another Vicksburg native. The Colts play Thursday night at AFC South rival Tennessee, whose secondary includes former Vicksburg High star Malcolm Butler.

3
Mississippi State’s offense broke out of its month-long funk in a 24-17 win over Vanderbilt on Saturday. The Bulldogs scored two offensive touchdowns in the first half to surpass their total from the previous three games combined.

While the Bulldogs continued to air it out under pass-happy head coach Mike Leach, however, the running game still seems to be an afterthought. Mississippi State totaled minus-22 rushing yards on only 11 attempts. Three of those attempts were sacks that count as rushes.

Freshman running back Jo’quavious Marks led the team with 10 yards on six carries, and had a 1-yard TD run with 2:43 left that effectively sealed the win.

The school record for fewest rushing yards in a game is minus-51 in the 2008 Egg Bowl against Ole Miss. This was the second time this season the Bulldogs have finished with negative rushing yardage.

Prior to this season, the school record for fewest rushing attempts in a game was 18, against Auburn in 1969. The Bulldogs have gone lower than that in four of their six games thus far. The 11 attempts against Vanderbilt were a season low and stands — for now — as the new record.

4
The highly-hyped Sunday night battle between legendary NFL quarterbacks Drew Brees of the New Orleans Saints and Tom Brady of the Tampa Bay Buccaneers set a record — just not one anyone could have expected.

The Buccaneers only ran the ball five times, the fewest ever in an NFL game, as they suffered a 38-3 blowout loss. One of the attempts was a kneeldown by backup quarterback Blaine Gabbert on the final play.

Ronald Jones ran three times for 9 yards, Leonard Fournette had one carry for no gain, and Gabbert lost a yard to give Tampa Bay 8 rushing yards for the game. The previous record for fewest runs was six, set four times previously and most recently by Minnesota against Buffalo in 2018.

Tampa Bay’s yardage total was its lowest in a single game since it finished with 12 yards against Kansas City on Sept. 13, 1981.

Brees threw four touchdown passes and the Saints raced out to a 31-0 halftime lead. The Buccaneers’ first five possessions ended in four three-and-outs and an interception on the second play of a drive. Brady wound up throwing the ball 38 times, completing 22 for 209 yards. He threw three interceptions. Tampa Bay only had the ball for 19 minutes and 56 seconds.