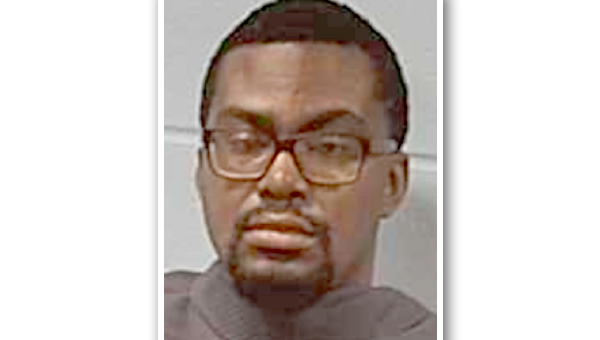 A report filed in October has resulted in the arrest of a Vicksburg man and a statutory rape charge.

Friday, 35-year-old Carlos Tremaine Griffin, of Vicksburg, was taken into custody at the Vicksburg Police Department and charged with one count of statutory rape. The victim is younger than 16 years old.

According to officials, the victim came forward in October, which led to the investigation and ultimate arrest.

During his initial court appearance Friday, Griffin received a $100,000 bond from Judge Penny Lawson, who also bound Griffin’s case over to the grand jury.

• On Tuesday, at 5:58 a.m., officers responded to 1601 North Frontage Road in reference to a theft. The victim advised he discovered the lock on his trailer was broken and multiple power tools valued at $5,000 were missing.

• On Tuesday, at 11 a.m., officers responded to Parts Supply, 2406 South Frontage Road, in reference to a theft from a vehicle. The victim reported he saw a white male wearing a camo jacket run from the cab of his truck carrying his lunch box while the driver was making a delivery to the store.

• On Wednesday, at 11:59 a.m., a victim came to the police department to report an auto burglary.  The theft occurred on either Bridge Street or Evans Alley, sometime between Nov. 2 and Nov. 3. A Taurus 9mm handgun was taken from the unlocked vehicle.

• On Thursday, at 8:41 a.m., a victim came to the police department to report a theft. A black, white and lime green Scott bicycle was stolen off the back of the victim’s 2017 Nissan Altima.

For local court officials and members of the Warren County Board of Supervisors, it is simply a waiting game. Supervisors... read more