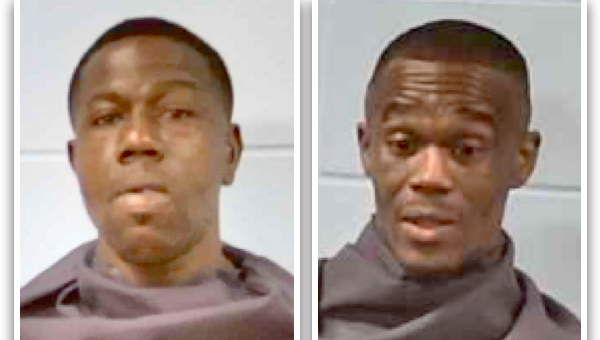 Undrier Cage, 42, charged in the Friday night incident that injured a Vicksburg police officer, made an initial court appearance Monday.

During his appearance in Vicksburg Municipal Court, Cage, who lists a Redwood address, was formally charged with one count of aggravated assault on a police officer and received a $100,000 bond from Judge Angela Carpenter. Cage’s case was also bound over to the grand jury.

Just after 9 p.m. Friday, Officer Hunter Anderson stopped a Cadillac Eldorado driven by Cage in the 900 block of Speed Street.

During the stop, Cage exited the vehicle and attempted to flee on foot. Anderson attempted to detain him and a struggle ensued, the department said in a press release.

During the altercation, Anderson reportedly hit his head on the vehicle and received a 4-inch laceration to the left side of his head. He was transported by ambulance to Merit Health River Region, where it took 12 staples to close the wound. Anderson was released from the hospital and is recovering at home.

In addition to the assault charge, Cage was also charged with disorderly conduct and driving under the influence.

Da’Vonte Lewis, 27, of Dixon Mills, Ala., the suspect charged Sunday with kidnapping, auto burglary and possession of a firearm by a convicted felon, appeared in Vicksburg Municipal Court Monday, where he received a $300,000 bond.

Just after 3 p.m. Sunday, officers with the Vicksburg Police Department were dispatched to Motel 6 on Frontage Road, where a victim reported a male had broken into his vehicle and stolen a gun.

The suspect, Lewis, reportedly then approached the driver of a 2005 GMC Yukon, brandished the weapon and made the driver and a female passenger drive him away.

Officers located the Yukon several minutes later at the intersection of Mission 66 and Clay Street and stopped it in the parking lot of a convenience store.

Lewis was taken into custody without further incident and the occupants of the vehicle were rescued unharmed. Lewis was in possession of the stolen handgun.

Lewis is being charged with two counts of kidnapping, one count of auto burglary, and one count of possession of a firearm by a convicted Felon. He is being held without bond pending his initial appearance in Vicksburg Municipal Court.

On Friday, at 7:41 p.m., officers responded to River City Rescue Mission, 3705 Washington St., in reference to an auto theft.

The complainant reported someone took a white 2017 Chevrolet Express.

The vehicle was later recovered in Hinds County.

Viking Cruise Lines is leasing a 600-foot section of Vicksburg’s riverfront along the Yazoo Diversion Canal to build a facility... read more