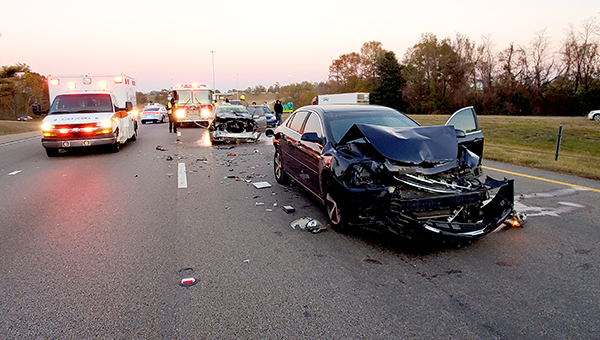 Multiple vehicles involved in Monday evening wreck on I-20

Interstate 20 westbound between the Halls Ferry Road and U.S. 61 South exits was brought to a crawl Monday evening as emergency units responded to a multi-vehicle accident.

The wreck, which was called in just after 4:30 p.m. Monday, involved three vehicles and forced westbound traffic down to just one lane as crews responded to the accident. Officials have not released the number of people injured, nor have they given details about the severity of any injuries.

The Vicksburg Fire Department responded and worked quickly to put out a fire that had ignited in one of the vehicles involved.

Units with the Vicksburg Police Department blocked access for vehicles trying to get on the interstate from Halls Ferry Road.