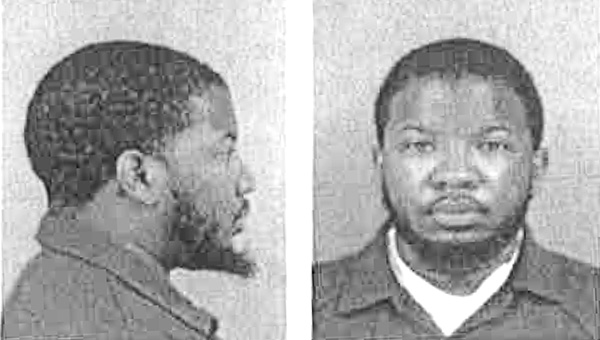 JACKSON — The suspect connected to an early Saturday morning shooting that critically injured an off-duty Vicksburg police officer made his initial court appearance Monday in Jackson.

During his appearance in Jackson Municipal Court, Jaqwon Allen, 29, was ordered held without bond and charged with two counts of aggravated assault.

The charges stem from a shooting that took place around 1 a.m. Saturday at the 4th Avenue Lounge in Jackson. Following the ruling, Allen was placed in the Hinds County Detention Center.

According to reports, Vicksburg Police Investigator Eddie Colbert was struck in the face by a stray bullet during the incident at the Jackson club.

Another security guard at the club, Eric Williams, was shot several times while arguing with another man. Both Williams and Colbert remain hospitalized.

Colbert is in critical condition at University of Mississippi Medical Center. Updates on Colbert’s condition have not been made available.

“Never thought that I will be dealing with my husband being shot because I always look at him like my Superman,” Colbert’s wife, Quannette Colbert, said on Facebook Saturday. “It’s so hard for me to go to sleep without you being home with me. I always look for you to walk in the door when you have been out. Lord cover the love of my life. I’m staying strong for you even tho I’m numb inside but a strong man always needs a strong wife by his side. Just know you have one so many people love you and fighting with you. I will never leave your side.”

“We are praying for him and his family and hope he can recover from this,” Mayor George Flaggs Jr. said Saturday. “Chief (Milton) Moore contacted me early this morning about the shooting. I also received a call from the mayor of Jackson (Chokwe Lumumba) this morning to express his regret.”

A Columbia contractor has been awarded the bid to replace the Kemp Bottom Road bridge that collapsed in 2017. The... read more