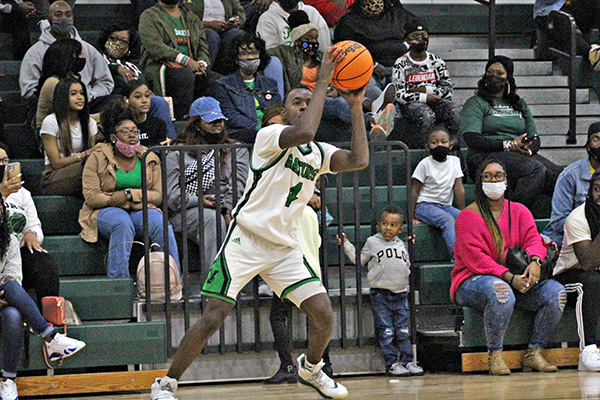 The latest executive order from Gov. Tate Reeves regarding COVID-19 will not have a significant effect on attendance at high school basketball games, Warren County’s high school athletic directors said.

Nailor and Purvis both said they would evaluate the new guidelines before making a final decision, but did not anticipate a dramatic increase in attendance. Part of the reason, they said, was that their gyms simply can’t hold many more fans than they already are and stay in compliance with other state and local guidelines.

Because of construction at the high schools, Vicksburg High and Warren Central are both playing basketball games at Vicksburg Junior High. The gym has a capacity of about 700 people, and Nailor said ticket sales have been capped around 170 fans or 25 percent of capacity. The new guidelines would permit about 240 fans to attend.

Vicksburg and Warren Central tickets can only be purchased online at gofan.co, which helps track the number of tickets sold.

“We’ll be right around where we are now. We’ve got 15 players per team, and that’ll put us over if we do four tickets per player,” Nailor said of the new guidelines.

Purvis said Porter’s Chapel Academy had also been limiting tickets to two per student, which capped attendance at around 160 fans per game. He said he would wait to see if the city of Vicksburg issued a more restrictive order than the state before making a final decision on the school’s policy.

“For us, the lesser (under the new guidelines) should be four tickets per individual. That should be around 150 to 200 people,” Purvis said.

All four Warren County high schools have some time to evaluate the new orders. They collectively have only three home basketball games in the next week. Vicksburg hosts McComb on Friday night, and Warren Central is scheduled to host Brookhaven on Dec. 17.

St. Aloysius had a recent COVID-19 outbreak that forced its senior class into quarantine and the cancellation of two basketball games this week. Its next home basketball game is Dec. 17 vs. Hillcrest Christian.

Porter’s Chapel has canceled three basketball games over the next week, and will not play again until hosting a peewee tournament beginning Dec. 19. It is also scheduled to host a two-day varsity tournament Dec. 21 and 22.