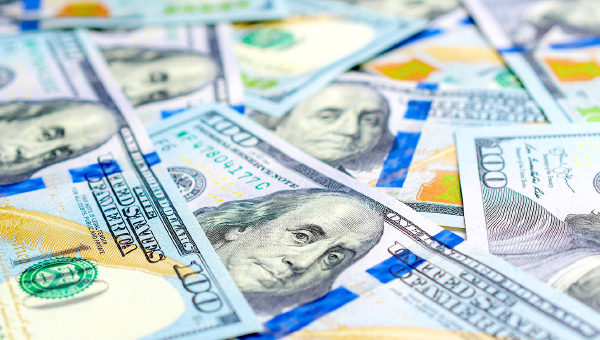 Editor’s note: In a letter dated March 22 from officials from State Auditor Shad White’s office, former Vicksburg Warren School District Chief Financial Officer Shaquita Burke was cleared of any wrongdoing in regards to items included in a report released by the auditor’s office in November.

A report by State Auditor Shad White’s office has unearthed a number of accounting errors within the Vicksburg-Warren School District, so much so that some findings are now under further investigation. And, connected or not, the district’s chief financial officer is leaving.

The report, dated Nov. 18, in one case cites the district’s Chief Financial Officer Shaquita Burke for actions state auditors called “fraud, waste and abuse.” The report was dated just one day before Burke submitted her resignation to the Vicksburg Warren School District’s Board of Trustees.

The 23-page report, which is posted on the state auditor’s website, criticized a number of internal controls within the district and issues that were out of compliance with state laws found during a review of the district’s financial operations for fiscal year 2020, which closed June 30.

In response to questions from The Post about the report, the District provided written responses but declined to make any comments regarding Shaquita Burke and her upcoming resignation, citing it as a “personnel issue.” Burke’s resignation is effective Friday.

“The District goes to great lengths to be sure that taxpayers’ money is accounted for properly and most of the findings had already been discovered and adjusted through internal controls,” the District said in its response to The Post. “We appreciate the assistance and cooperation of the State Auditor’s office in helping us and other public entities remain compliant.”

“The District worked with the State Auditor’s Office throughout the audit process and as we were made aware of issues, the District administration was given an opportunity to investigate, rebut, dispute, explain and/or clarify on each concern,” the District told The Post. “The final report with the official findings was provided by OSA on Nov. 18, 2020. The (Board of Trustees) was notified at the Nov. 19, 2020 board meeting.”

That was the same board meeting in which Burke offered her resignation, which was accepted by Trustees.

In what appears to be the most severe of the issues disclosed by state auditors in the review of VWSD’s financial processes, Shaquita Burke is reported to have received reimbursement for travel that she should not have been reimbursed for.

The report also said the matter has been referred to the Office of the State Auditor’s Investigative Division.

“The issue,” the district continued in its response to auditors, “had already been corrected prior to OSA arrival.”

That response by the district did not appear to satisfy auditors, who drew additional connections to the Hinds County investigation that strongly criticized Earl Burke’s errors. Auditors also said that it was the Hinds issue that led them to dig deeper into discrepancies with the Vicksburg Warren School District’s reporting.

In a written response to The Post, the Vicksburg Warren School District did confirm that all of the remaining funds had been paid back.

In another finding that has been sent to the OSA Investigative Division, auditors found a number of accounts — including the district’s payroll clearing fund — that were out of balance and had not been properly reported to Trustees.

According to the report, the bank statements for District Maintenance, Accounts Payable Clearing and Payroll Clearing Fund were not reconciled to the cash balance in the general ledger for July 2019. The bank reconciliations indicated a difference of $262,242, which were not presented to the School Board during the Sept. 24, 2019 board meeting.

“The unexplained discrepancies could not be explained because of an accumulation of past journal entries and the use of two separate accounting systems,” the report read. It also showed negative cash balances in the general ledger for the Athletic Fund totaling $17,424 and Accounts Payable Fund in the amount of $396,994.

“Failure to record all transactions in the general ledger and accurately reconcile bank statements could result in the misstatement of the School District’s financial statements, errors, or fraud occurring without being detected properly,” auditors wrote in the report.

In its response, the district blamed the errors on the transition to a new accounting system and claimed the errors, including the negative balances, had been addressed.

“Those balances have now been resolved and approved by the Board,” the District said in its written response.

Throughout the report, the District offered numerous responses to the findings. Shaquita Burke was among the “team of individuals” who wrote those responses.

“A team of individuals from the Finance Department, Human Resources Department and District leadership worked together to respond to the OSA report,” the District said.

The Post’s request to speak with Shaquita Burke, made through the VWSD, was denied.

Shaquita Burke was hired by the Vicksburg Warren School District in June 2015. At the time, she was the business director for the Greenwood Public School District. She replaced Dale McClung, who held the position since 1988 before retiring.

She had also worked as a senior accountant at the former DiamondJacks Casino, which is now WaterView Casino.

Shaquita Burke and her husband are Clinton residents.

The District has not set a timeline for finding Shaquita Burke’s replacement. After her departure, Dorothy Wallace will serve as interim finance director.

In all, the report listed 19 findings with detailed responses from the district.