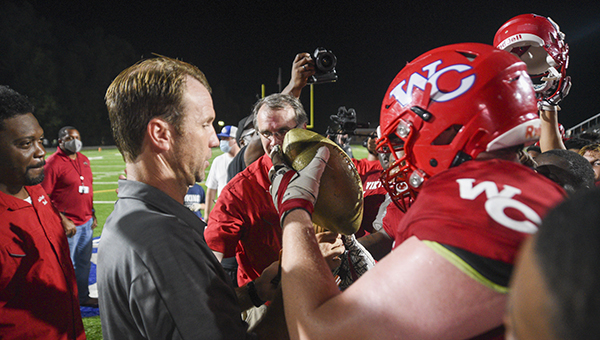 As I’ve gotten older, I’ve found myself wanting less and less stuff at Christmas. There are still cool toys to be had, even if they’ve changed from the newest Transformer to the latest and greatest electronic gadget or game system.

The problem is, if I see it and want it I usually just buy it. One of the blessings and curses of being an adult is that you don’t have to wait on people to give you things. So, I suppose, my wish list for Santa gifts would be the things we can’t always get on our own. Some of them are fanciful, some might be practical, all of them are things that might be otherwise unobtainable:

• No more four-hour games. Former ESPN writer Bill Simmons once proposed an idea called “The 150-minute rule,” where nothing in life — movies, parties, games, etc. — should last more than 2 ½ hours. I have a little more tolerance than that, and frankly if I pay $100 for a ticket I want to get several hours of entertainment out of it, but three hours seems a fair limit. Four-hour college football or baseball games are just too dang long.

• The end of the COVID-19 pandemic and a return to normalcy. Obviously. Duh. In the sports world, though, I want this just so I don’t have to keep asking coaches if they’re still playing when the schedule says they’re playing. It’s exhausting keeping up with that stuff.

• A College Football Playoff system that makes sense. How does Florida only slip one spot after losing to a bad LSU team? How is Ohio State a virtual lock to make the Playoffs despite playing half a season? How are undefeated Cincinnati and Coastal Carolina ranked so far below some obviously mediocre two-loss teams? For next Christmas, can we give the little guys a shot and have the Playoffs be something other than the Alabama-Clemson-Ohio State Invitational?