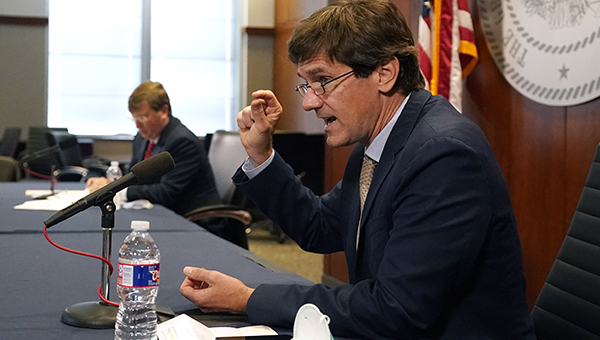 Vaccinations expand to those over 65, with health conditions

JACKSON (AP) — Mississippi residents who are 65 and older and those with preexisting conditions will now be eligible to receive the coronavirus vaccine, Gov. Tate Reeves announced Tuesday.

The development means the vaccine is available to health care workers, people living in long-term care facilities, those 65 and older and individuals with health conditions.

Eligible health conditions include cancer, chronic obstructive pulmonary disease, down syndrome, heart disease, obesity, diabetes and others. Dobbs said anyone with a physician’s clearance can also receive the vaccine.

Reeves said teachers, emergency first responders, police officers and firefighters will be on the list of those next eligible.

“We are working ahead of schedule, but we are never working fast enough,” Reeves said Tuesday at a media briefing.

The rollout of the long term care vaccinations is being run by Walgreens and CVS pharmacies, companies that have contracts with the federal government.

State Health Officer Dr. Thomas Dobbs agreed Tuesday that the pace of vaccinations within long-term care facilities had been “disappointing.”

He said the state is working with CVS, Walgreens and the federal government to find a way to increase staffing to speed up the process.

Only 16 percent of the vaccine in Mississippi went to African American residents in the past week, a statistic Dobbs said is “not encouraging.” Dobbs said the state is working to do a better job at addressing concerns within that community and making sure people have access.

The state Health Department reported Tuesday that Mississippi had 1,648 new confirmed cases of the virus as of Monday evening. The department also reported 98 deaths Tuesday, 52 of which happened between Jan. 5 and Monday. The state has reported nearly 241,957 cases of the virus and 5,284 related deaths since the start of the pandemic.

People eligible to receive the coronavirus vaccine can make an appointment at COVIDvaccine.umc.edu or by calling the COVID-19 call center at 1-877-978-6453.