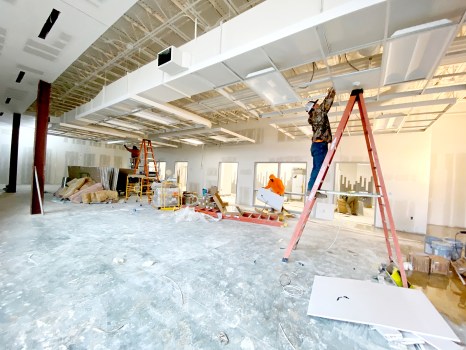 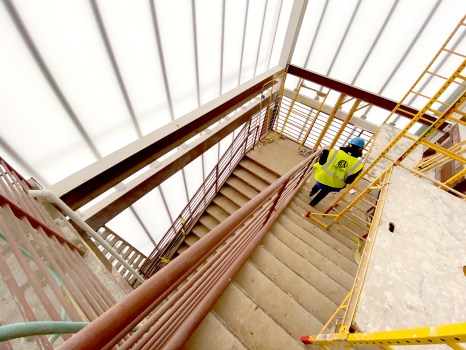 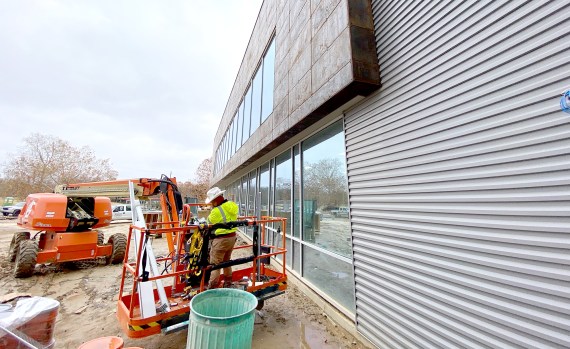 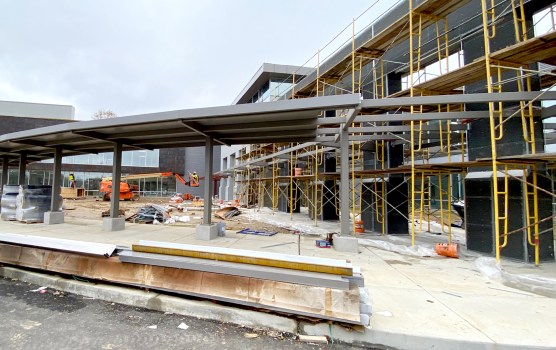 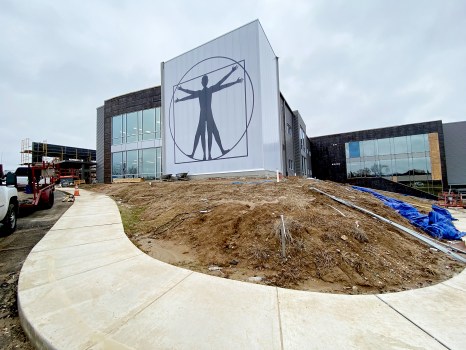 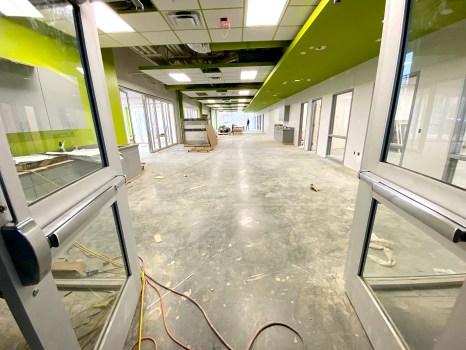 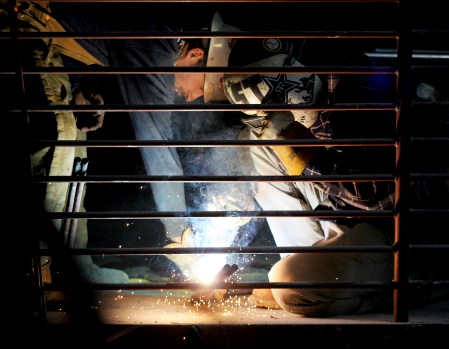 Motorists who have driven along Mission 66 over the past 17 months have grown quite familiar with the construction project at the corner of Mission and Rosa A. Temple Drive.

First, there was the dirt work. Then, the foundation. That was followed by an intricate steel skeleton that hinted at the design and scale of what was to come.

But only as the windows and outer covering was applied, followed by the etching of Leonardo da Vinci’s Vitruvian Man on a north-facing wall, did those passing by fully appreciate what the new Academy of Innovation might be.

As work continues toward a late February or early March competition date, local education officials and those aligned with the design and construction of the Academy of Innovation building are getting more and more excited about what the $16-plus million new school will mean to education in Vicksburg and Warren County.

“From the first concept, school district leaders bought in to the things that we are wanting to do,” said Gary Bailey, with Dale Bailey Architects, the project architect. “It truly allowed my brain to be unleashed, to do some things that I have been thinking about my entire career. We’ve got plenty of schools that we are proud of, don’t get me wrong, but this one is so unique from an educational point of view, that it is a trendsetter for the whole country. You’ll see people from all over the world coming to visit this school, mainly to see what is going on inside of it, but I think the building will be a very good representation of the education going on inside.”

The Academy of Innovation serves seventh- and eighth-grade students and has grown from 80 students five years ago to 392 today.

It is a STEM (Science, Technology Engineering and Math) Academy, and focuses on student-centered learning, providing experiences that motivate students through a rigorous and technologically enhanced curriculum to develop life-long learners.

In 2018, the Academy of Innovation was the first middle school in Mississippi to be designated a Leader In Me Lighthouse School. It is presently housed in the former Grove Street School, built in 1949.

The new school is the only ground-up construction project in the district-wide construction project funded by an $83 million bond approved by county voters. But, thanks to additional tax credits and financial moves, the projects taking place at every school campus in the county are totaling an estimated $140 million.

The budget for the new Academy of Innovation was set at $16.4 million, but Bailey said it is one of the few projects to come in under budget.

“It was on a clean site obviously, which made it a lot easier than a renovation project, but it is something like a million dollars under budget, which is pretty shocking given the creativity that is going on inside of it,” Bailey said.

The intricate and unique design of the building gives teachers and administrators flexibility on how classes — or pods — can interact with one another, as well as flexibility in creating educational spaces. The multi-story building also features state-of-the-art designs and features that will maximize the science and technology education the school focuses on.

But, the construction of the new school has not been without its challenges. It was originally thought the school would be completed in late 2020, allowing students to begin attending classes in the new facility when they returned from the Christmas break.

Now, it appears that transition might take place in the spring, likely during or around the district’s spring break.

“The biggest item clearly had to deal with COVID,” Bailey said. “The contractor had several subcontractors and suppliers that had major COVID issues. We had some people that were shut down totally, some that had their staff cut in half for a couple of weeks at a time. The general contractor (Century Construction) was pretty insistent that we cannot take a risk of infecting the rest of the construction crew so that’s the main reason. And it was very legitimate. Obviously, safety was far more important than time.”

Bailey, who is in his 41st year of designing schools, considers the new Academy of Innovation a “plum” and one of the best projects he has been associated with.

“It is unique to the district, but it is also unique to the Southeast United States and maybe even the country because of the education vision,” he said. “Academy of Innovation is sophisticated because of what is going on inside of it. Their educational vision of how kids are applying knowledge and doing learning instead of just talking about it is really revolutionary and following the principles of what the Vicksburg Warren School District is trying to do for all kids. It is the epitome of what they are trying to do district-wide.”