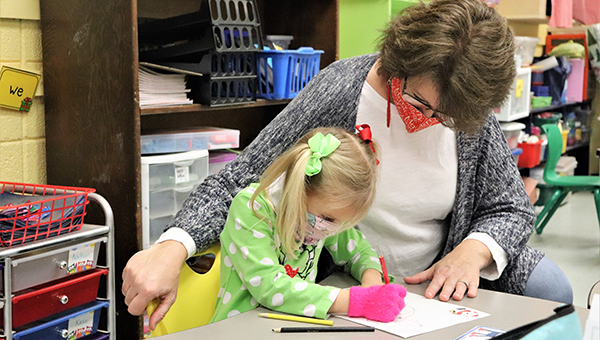 JoLee Ming has made it her life’s work giving children the very best start to their educational life. For more than 30 years, beginning in 1986, Ming has taught just one thing — kindergarten.

“I strive to make my classroom a safe haven for my students where they can make mistakes without fear of being humiliated and where they can develop relationships with other students and teachers.”

Ming is a finalist for the Vicksburg-Warren County Chamber of Commerce’s Educator of the Year Award.

Ming, a 1981 graduate of Warren Central High School, earned a degree in general studies from Hinds Junior College in 1983 before completing her bachelor’s degree in elementary education at the University of Southern Mississippi in 1985.

She has also been a board member for Jacob’s Ladder since 2016.

In her Educator of the Year application, Ming said she teaches because “I can make a difference in a child’s life.” And that is something she has done now for 34 years.

Editor’s note: The Vicksburg Post only reports on those individuals who have qualified for the election. An individual is not... read more