City begins closing some streets due to icing 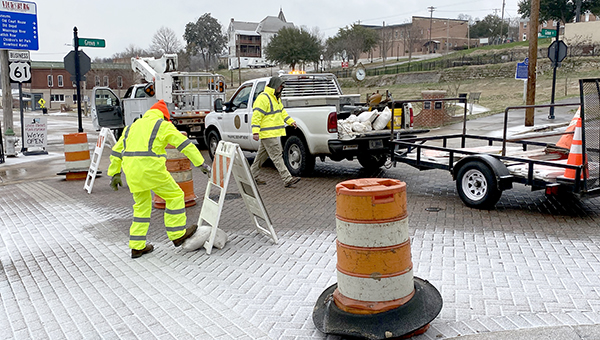 As the winter weather continues to move into Vicksburg and Warren County, the condition of roads and streets will worsen.

W.L. Sanders, supervisor of the city’s traffic department, said his department has already been forced to close a number of streets in Vicksburg, including all of the streets that lead downhill from Washington Street to the riverfront. The closures begin at Grove Street and continue south to Veto Street.

“It is not too bad yet, but it is going to get real bad,” Sanders said. “We have already closed all the streets leading to the riverfront and have run out of road cones. We are having to go to Pemberton Mall and take the cones we placed there for the vaccination site in order to put more out.”

Sanders said the next roads that concern him are those that lead from Cherry Street west toward Washington Street.

“All of those at the top of the hill that go down are a concern, especially those that are brick streets like First East,” he said. “The brick streets are terribly slick when it rains and are even worse when it’s icing.”