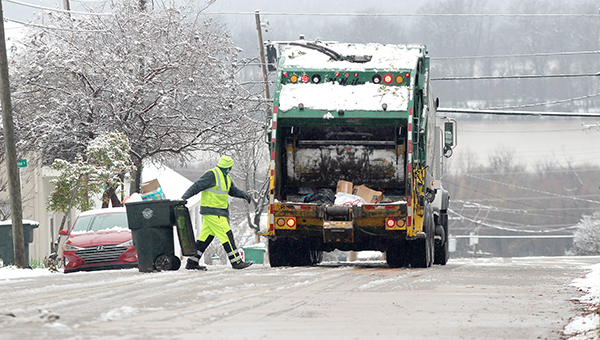 In response to a number of inquiries by residents, Mayor George Flaggs Jr. announced Sunday that Waste Management does plan to pick up residential garbage Monday.

“As of now, we do plan to provide residential garbage collection service on Monday,” Waste Management said in a released statement. “Due to the weather conditions causing possible freezing of roads and bridges, this could change. Expect delays on these routes.”