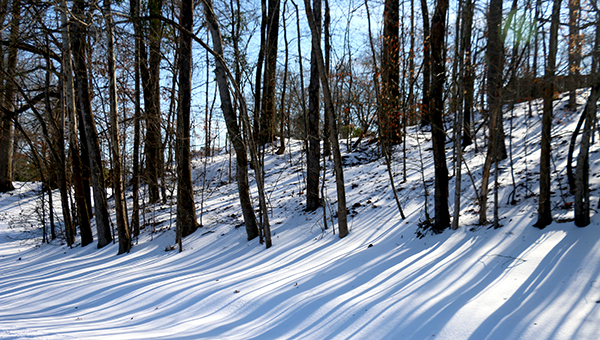 After several days of overcast weather, the sun came out over Warren County, adding the appearance that things were warming up.

“Where the sunlight hit the roads, the ice began to melt and became slushy,” Pace said. “Tonight, when the temperature gets cold, it will turn into solid ice and become slicker; what some people call ‘black ice.’ It looks like a wet surface on the road but it’s really icy and very slick.”

Pace said the problem is county-wide and authorities are warning people to again stay indoors and off the road. The warning comes as Warren County is under a winter storm warning with the possibility of freezing rain and sleet.

“Do not get on the roads unless you have to,” Pace said. “If you have to be on the road be careful, drive slow, keep a good distance between you and the car in front of you and assume all roads are iced over.”