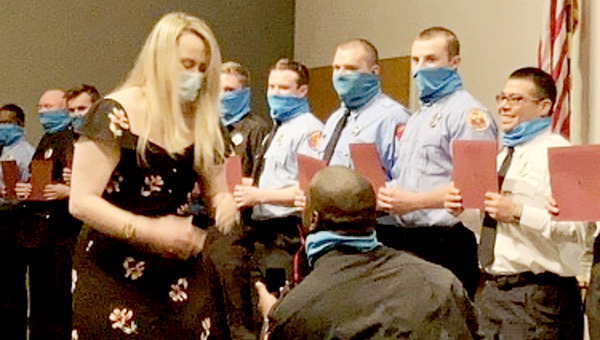 Terrence DeFrance drops to a knee and proposes to his girlfriend, Virginia Donohue, Monday during DeFrance’s graduation ceremony at the Mississippi State Fire Academy. (Submitted Photo)

Vicksburg native Terrence DeFrance had quite the graduation ceremony Monday at the Mississippi State Fire Academy.

Not only did the Vicksburg native graduate from the extensive seven-week training course at the academy to advance his career with the Madison Fire Department, he took another step — or knee — to advance his life.