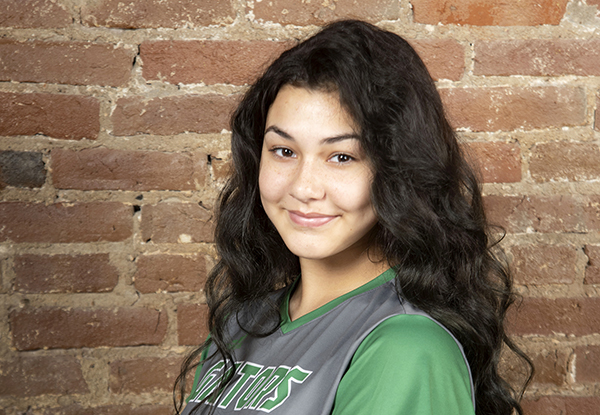 Vicksburg High softball pitcher Lexi Kistler had 10 strikeouts, and also was 2-for-4 with a double and a run scored in an 8-7 win over Franklin County on Friday.

Just when it seemed they were on the brink of having big leads slip away become their thing, the Vicksburg Missy Gators held on to one.

Vicksburg allowed Franklin County to slash a five-run deficit to one on Friday, before surviving to earn an 8-7 victory.

Vicksburg (2-3) had let leads of eight and four runs slip away in two other games last week against Pearl and Clinton, and lost both. Franklin County (1-3) trailed 8-3 heading into the bottom of the sixth inning and then scored four runs to cut it to 8-7.

Pitcher Lexi Kistler got out of that jam, and then another in the seventh inning when two errors put runners at first and third with two outs. Kistler struck out Maddie Moak swinging for the final out.

Kistler allowed seven runs in seven innings, but only three were earned. She gave up six hits and three walks and finished with 10 strikeouts. At the plate, she was 2-for-4 with a double and a run scored.

Sha’Niya Lockridge also had two hits for the Missy Gators. She drove in two runs and scored one. Trinity McGloster was 2-for-4 with one run scored.

Amberlee Wallace went 2-for-4 with one RBI and two runs scored for Franklin County.

Vicksburg’s next game is Tuesday when it will play at Warren Central at the Lady Vikes’ newly-renovated Lucy Young Field. The junior varsity teams will play at 5 p.m. and the varsity at 6.

Lawrence County scored three runs in the second inning and four in the third to take a commanding 7-1 lead. Zachary hit a two-run single during the second-inning rally, and Fuller’s three-run homer keyed the third-inning surge.