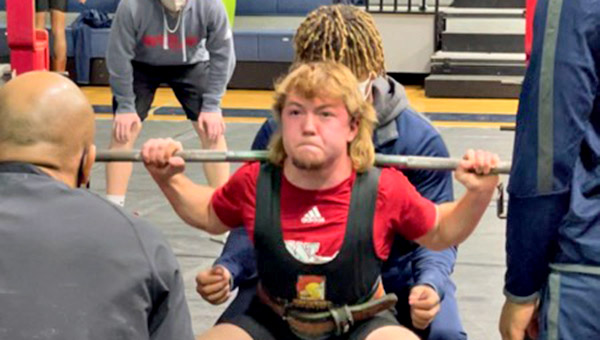 Lane Gordon set a few more records and checked another milestone on his quest for a powerlifting state championship.

The Warren Central sophomore set a meet record with a 425-pound lift in the squat, and claimed his third consecutive championship at the MHSAA Class 6A North State meet on Saturday.

Gordon bench pressed 190 pounds and deadlifted 400 pounds on Saturday to finish with a total weight of 1,015 pounds. He was the only Warren Central lifter competing in the meet.

Gordon won the North State title for the third year in a row, in his third different weight class, and just one week after he claimed his third straight Region 2-6A championship.

He won the North State title at 114 pounds in 2019 and finished sixth in the state meet. He won North State again in 2020 at 123 pounds, but the state meet was canceled because of the onset of the COVID-19 pandemic.

This year’s state meet is April 10 at the Mississippi Coliseum in Jackson.