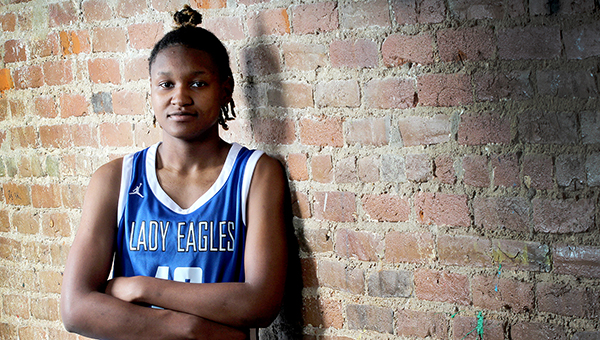 Last season, Yakia Burns was a rising star on a very good Vicksburg High basketball team. She was the team’s second-leading scorer and helped the Missy Gators reach the MHSAA Class 5A semifinals.

Then she left that behind to go somewhere else.

Burns transferred to Porter’s Chapel Academy over the summer and had an even better season in 2020-21. She tripled her scoring average, helped the Lady Eagles to their highest win total in nearly 15 years, and earned a college scholarship.

She took home The Vicksburg Post’s girls’ basketball Player of the Year award. Burns is the first PCA player to win it since E.J. Willis did it in back-to-back seasons in 2000 and 2001.

“It’s a blessing to win Player of the Year. All my high school career, I worked hard,” Burns said.

• VHS’ Stewart repeats as Coach of the Year

Burns said her reasons for transferring to PCA were “academics, not athletics,” and she had no issues with the school or her former coaches.

She did, however, give opponents in her new league plenty of problems.

Burns averaged 33.7 points, 10.2 rebounds, 5.7 steals and 2.7 assists for PCA this season. Her scoring and rebounding averages were triple and double what they were in 2019-20, respectively, which was fitting since she was a threat for a triple-double on almost any given night. Her best game was early in the season against Mt. Salus, when she scored 50 points in a 60-20 victory.

PCA assistant coach DeAndre King said it was harder to throttle back Burns’ competitiveness than to ignite it.

“There may have been times that we may have had a 20-point lead and she wants to put her foot on the go and pick up full court,” King said. “We have to go, ‘Hey, lighten up a little bit.’ Once she gets in that mode, nobody can tell her otherwise. Not even me.”

Burns said that drive was just part of her DNA as a basketball player.

“I didn’t really think that. I just wanted to get my teammates involved. And then if I felt like I had to push to another mode I just went ahead and did that so we could win the game,” Burns said.

Burns signed with Copiah-Lincoln Community College in late December, and played in the MAIS All-Star Game. PCA finished with a 20-10 record and reached the Class 2A South State tournament, for its

“We had a wonderful season and I feel like my teammates got better,” Burns said.