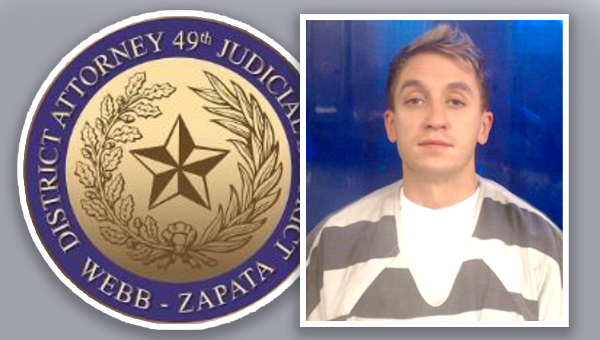 LAREDO, Texas — A Vicksburg man charged with killing another Vicksburg man in Laredo, Texas, in late February has been indicted on murder charges.

In a statement Wednesday from the Webb County District Attorney’s Office in Laredo, officials announced that Colton Quade Branning, 30, of Vicksburg, was indicted by a grand jury in the Feb. 23 shooting death of Justin Heath Allen.

“Branning is accused of taking (Allen) to a dead end on the 4500 block of Clark Blvd. and shooting him in the head,” the release said. “(Branning) is from Vicksburg, Mississippi and came to Laredo to participate in smuggling people and drugs.”

On Feb. 23, an officer with the Laredo Police Department, while on regular patrol duties, found an unresponsive man lying at the end of a dead-end street. Additional units soon responded and confirmed that the victim, later identified as Allen, 25, was dead.

Through their investigation, Branning, who traveled to Laredo with Allen, was identified as the main suspect in Allen’s murder.

A warrant was approved for murder and was served by the Covington Police Department in Louisiana on March 4. With the assistance of the Texas Rangers Division, Laredo Police investigators traveled to Covington and took custody of Branning.

Branning was extradited back to Laredo, Texas, and held in the Webb County Jail under a $250,000 bond.

In graphic details made public through Branning’s arrest warrant, Branning is reported to have convinced Allen to travel from Vicksburg to Laredo for illegal activities, which Allen later told a witness that he did not want to go through with. While the arrest warrant mentioned the illegal activities as smuggling drugs across the U.S.-Mexico border, Wednesday’s indictment was the first time Branning had been formally charged with smuggling people.

The case is in the 111th District Court in Texas before Judge Monica Z. Notzon.