Simply playing can have a positive impact on our community 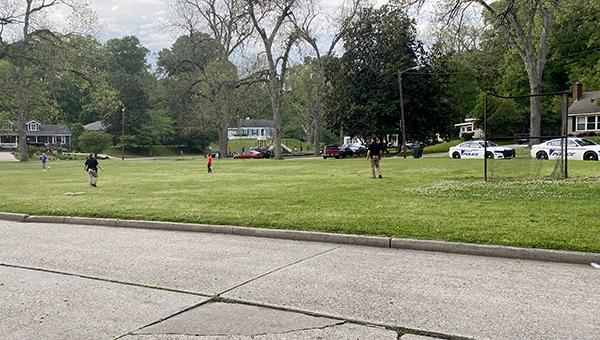 If there was a silver lining to last spring’s shutdown and shelter-in-place orders brought about by the beginnings of the COVID-19 pandemic, it was the time we felt we had.

As much of the world came to a grinding halt, many of us found the time to spend on our homes, on ourselves and with our families. Spending on home improvements skyrocketed, as did efforts to get in shape and find those great moments to build cherished memories with our children.

While the news never stopped — and, in fact, seemed to speed up — I found the slower pace at home refreshing. There was not the morning rush of getting children to school on time, or the after-school schedules that kept my wife and I on the go from one side of town — or the state — to the other. While we missed watching our children take part in those activities at school or at the ballparks, it was nice to be at home for a bit, sit across from one another at the dinner table and have quality conversations discussing everything from the art of making toot sounds in your armpits to just how dirty the kids got playing outside.

Call me crazy, but everything seemed quieter, calmer, and our children learned something many of us had forgotten — the art and joy of play.

The other weekend, our sons and daughter were in our neighborhood’s park kicking a soccer ball around. There was laughter and yelling all in one place. There was the occasional “kick it to me” argument, followed by the “you kicked it too hard” comment.

As Stephanie and I watched, we noticed a Vicksburg Police Department patrol car drive around the park. It’s not an uncommon sight, as officers do a great job patrolling, but what drew our attention was the second patrol car right behind. That is not very common.

What made it even more noteworthy was when the patrol cars stopped next to the park. “What are they doing?” Stephanie asked, assuming I know what’s going on at all times. “I have no idea,” I replied.

Just then, officers Hunter Anderson and Michael Whitley got out of their patrol cars, walked up to our children and … started playing soccer. They spent 20 minutes or so just kicking the ball around, running after bad kicks and accounting for a few bad kicks of their own.

My 7- and 9-year-old sons were enamored by these officers, in full uniform and gear, right next to them, playing a game. Not much impresses our 15-year-old daughter, but she, too, was caught off guard a bit by the officers taking the time to play with them.

For nearly three decades, I have had the amazing opportunity of being able to cover plenty of events, writing stories about topics both good and bad. And many of those articles have included law enforcement, first responders and community heroes such as our police officers. It has been a joy. It would only be fitting that our community’s finest be a topic of my final column for The Post.

Much like our teachers, the police officers, firefighters, deputies and others who serve on the front lines of our community will never earn the money they so richly deserve for the jobs they do. But, they should never not receive the appreciation and respect they have earned.

Our community is blessed with good people doing amazing things and the simple act of kindness shown by these two officers is just a small glimpse of their work, their commitment to our community and the true heart of a servant — a public servant — these men and women have.

Stephanie and I made sure to thank the officers for their time kicking the ball around with our children. We also thanked them for what they do for our community. They may not have had the best soccer skills around, but they made an impact on the lives of our children and showed that even as grown-ups and police officers, they, too, understood the power of play.

And, in that, there were plenty of winners.

McRae: It’s important to teach our children how to…