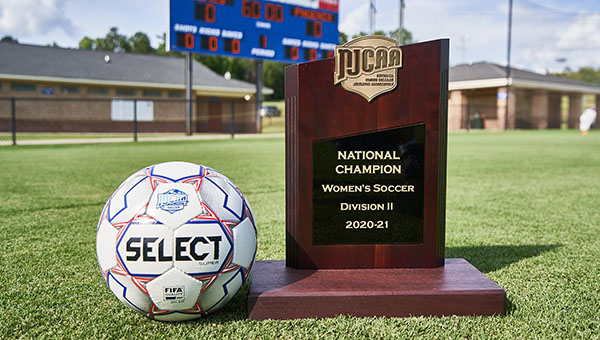 Holmes Community College’s women’s soccer team trailed for a total of approximately 27 minutes across 17 games this season. It’s the last few seconds of that total that will linger the longest.

Phoenix (14-0) finished an undefeated season, while Holmes (15-1-1) came up just short of its first national championship.

Holmes had posted nine shutouts this season and trailed for less than the total time in a full half. Along the way, the Lady Bulldogs captured their fifth straight Mississippi Association of Community Colleges Conference North Division title and their second straight MACCC and Region 23 crowns along with the NJCAA South District Championship.

Holmes fell behind 1-0 in the championship game when Zalma Torres scored in the 64th minute, but tied it just before the end of regulation on a goal by Olivia Deslatte in the 89th minute.

After one scoreless 10-minute overtime period, the teams went to a second sudden death period. Holmes had two corner kicks in the second overtime period that led to four shots, but none found the mark.

Finally, in the 108th minute, Gonzalez scored off assists from Anacel Valenzuela-Acosta and Torres to give Phoenix the victory and the national championship.

Valenzuela-Acosta also had an assist on Torres’ earlier goal.

Holmes goal keeper Layken Stockstill, a former Warren Central standout, had five saves in 63 minutes played, but gave up both of Phoenix’s goals.

The teams combined for 36 fouls, 43 shots and eight yellow cards in an action-packed contest.