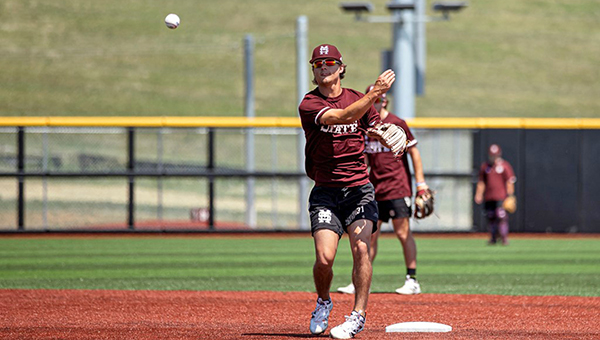 What if I told you … that the state of Mississippi would be within one walk-off home run of hosting three NCAA baseball regionals in the same season, and one other goofy play of having four of the 64 teams in the field? Or that Mississippi State would become one of the premiere programs in all of college baseball?

What if I told you that mighty LSU would be snooping around Oxford, trying to poach Ole Miss’ head coach?

A generation ago, these scenarios might have seemed absurd. Mississippi State was a decent college baseball program with occasional flashes of brilliance, but Ole Miss was a dumpster fire and Southern Miss was little more than cannon fodder in the postseason.

Somewhere along the line, that changed. College baseball became a sport Mississippi could brag on — maybe even its best sport.

Mississippi has two of the best stadiums in the Southeastern Conference and, by extension, the country. Southern Miss’ Pete Taylor Park isn’t too shabby, either. Mississippi State shattered attendance records at last weekend’s super regional series against Notre Dame, and Ole Miss appeared to have as many fans as the home team when it traveled 2,000 miles to play Arizona.

College football will always be king in SEC country, but at least in Mississippi it seems that baseball has passed up basketball as a secondary favorite if in-person attendance is a guide.

Almost all of this has happened in the last 20 years or so. It’s been a remarkable transformation. Our state is often maligned and picked on, and ranks near the bottom of many statistical categories. But we’ve found at least one thing we can be proud of.

This weekend, Mississippi State will make its third consecutive appearance in the College World Series. Whether you’re a Bulldog, Rebel or Golden Eagle, or even a Tiger, if you live in this state you should root for them. They’re representing all of us, and showing the world one of our best sides.

If Major League Baseball is the national pasttime, college baseball just might be Mississippi’s state pasttime. Who saw that one coming?