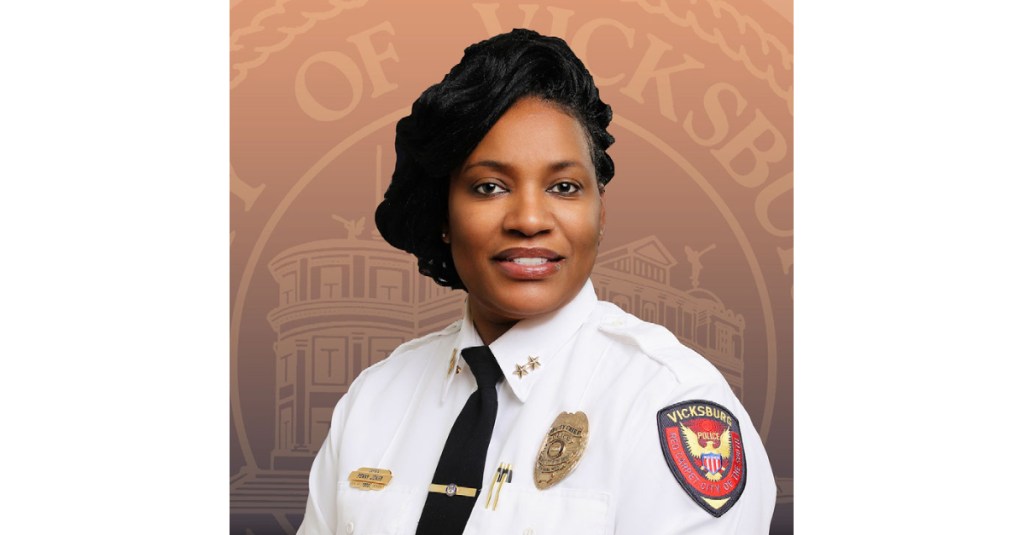 If confirmed by the Board of Mayor and Aldermen, Jones will be the first woman in the department’s history to serve as chief. The board is expected to vote on Jones’ nomination as chief at the first meeting of its new term on July 6 at 10 a.m.

“Deputy Chief Jones is a dedicated and accomplished law enforcement officer with over two decades of extensive experience in public safety,” Flaggs said. “She holds master’s and bachelor’s degrees in criminal justice and is nearing the completion of a master’s degree in workforce education.

“I believe Penny to be a qualified and driven individual with the experience necessary to make our police department the best that it can be,” he said.

Jones was promoted from captain to deputy chief over patrol in 2019. The position, which was established by Flaggs, made her the department’s third deputy chief and the first woman to command the patrol division.

A Vicksburg native, Jones joined the Vicksburg Police Department in 1999 and besides serving as deputy chief, she has served as a patrol commander, domestic violence officer, senior patrol officer, narcotics officer and criminal and crime scene investigator.

She has a bachelor of science in liberal arts and a master of science in criminal justice, both from Alcorn State University. Her daughter, Alexis Hall, is also a Vicksburg police officer.

Jones has been recognized as National Law Enforcement Officer of the Year and received the Merit Award for Excellent Arrest and the Silver Star for Bravery from the American Police Hall of Fame.

Flaggs appointed Milton Moore police chief after taking office for his second term in 2017 but decided not to re-appoint him to the position.