Wreck on I-20 bridge slows traffic in Vicksburg 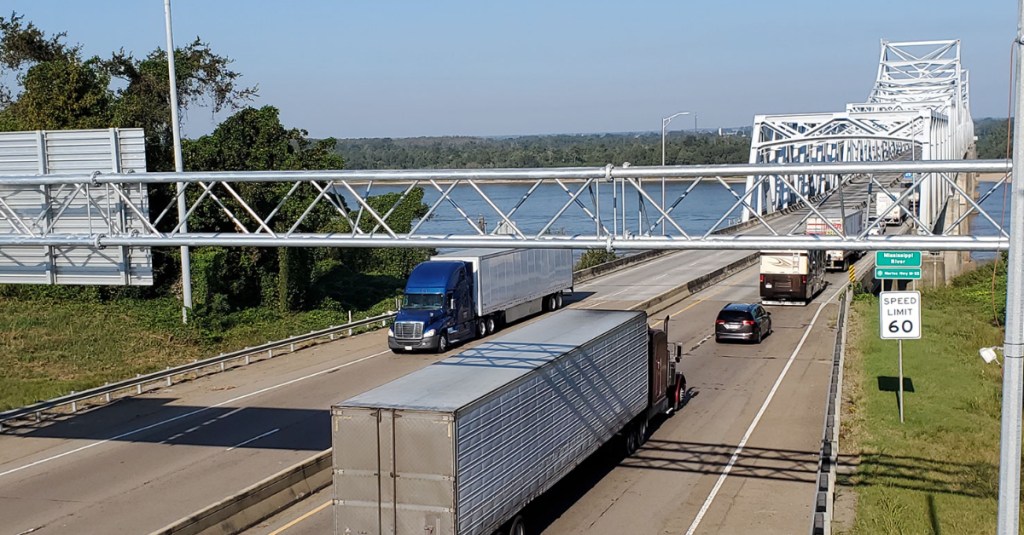 A Tuesday morning wreck on the westbound side of the I-20 Bridge in Vicksburg caused traffic to be backed up for an extended period of time. (Photo by John Surratt | The Vicksburg Post)

Westbound traffic on Interstate 20 was backed up Tuesday morning after a two-car wreck on the Mississippi River bridge.

The wreck occurred about 9 a.m., when a tire on an SUV blew out, causing it to collide with a U-Haul truck. The occupants of both vehicles refused first aid at the scene, according to Vicksburg Fire Department reports.

Besides Vicksburg police, the fire department’s Engine 7, ambulance, rescue truck and the battalion commander responded to the scene. A second ambulance was dispatched but later recalled.