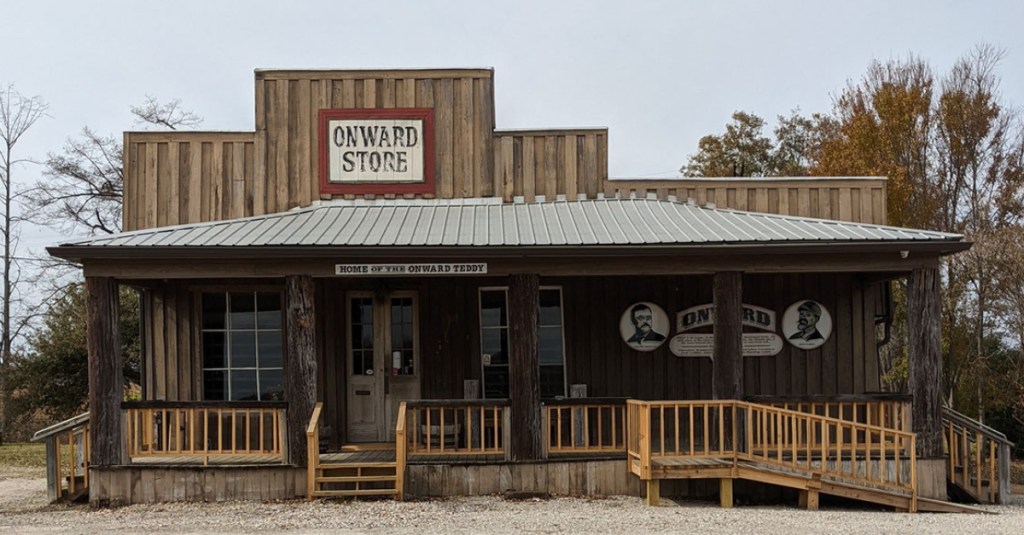 The Onward Store is open once again under new ownership. (photo submitted)

Folks driving down U.S. 61 toward Rolling Fork might notice a South Delta mainstay has opened its doors once again.

After being shuttered for more than three years, The Onward Store is back in business under new ownership. Cary, Miss., native Avery Howell and her husband, Jake, moved home to Mississippi from Colorado in July of this year with a singular goal in mind: Avery was going to open a small business of her very own.

“I wanted to start my own business, and when we got back here, we realized Onward had been sitting there for three years, closed,” Howell said. “I said, ‘This is why I’m here — we have to get it back running.’ We sold our house in Colorado and used that money to purchase Onward.”

Known as the site where President Theodore Roosevelt refused to shoot a bear in the early 1900s — an event that sparked the creation of the first teddy bear toys — Onward general store has served generations since it opened in 1913.

Onward’s latest iteration will be similar to the way the store ran in the past: a general store and restaurant. However, there is one notable difference. Howell said the new restaurant will be a “scratch kitchen,” with everything that can be made in-house, made in-house. What isn’t made on-site will be locally sourced.

It’s been an uphill battle to get the store running, Howell said. Since it had been sitting vacant after closing three years ago, the building hadn’t been cleaned and much of the equipment was in disrepair.

“It had been sitting for three years. The kitchen hadn’t been cleaned, some of the equipment wasn’t working, but some worked after a good scrub down,” she said. “We almost had an electrical fire, but thankfully avoided it. Luckily, we were there and one of the women who was helping me clean flipped the breaker and killed the power.”

Thankfully, the 108-year-old business was saved, has been fully cleaned and is ready to serve customers. In addition to its standing menu, which includes things like cheeseburgers, Philly cheesesteaks and club sandwiches, the best-selling meals are Howell’s daily lunch specials.

Monday is hamburger steak day, Tuesday is fried chicken and sides and Wednesday is red beans and rice, cabbage and cornbread. Thursday is the covered pork chop, Friday is spaghetti and meatballs with garlic bread and Saturday is barbecue.

“We’ve already had some people tell us it’s the best fried chicken they’ve ever had,” Howell said. “We’re also planning to do steak night specials in the future, with custom cuts of meat prepared fresh.”

One aspect of the business that’s still in the works is the Onward General Store. Previously stocked with a variety of Onward-branded items, Howell said she plans to sell products exclusive to the Mississippi Delta and support local makers as much as possible.

As Onward settles into its first month of business, Howell said there’s one thing she wants potential customers to know.

“We’re going to do everything we can to make sure you’re just as happy about Onward now as you were then,” she said. “We’re going to work at it every day.”

For more information about The Onward Store including daily specials and new items, visit its Facebook page.