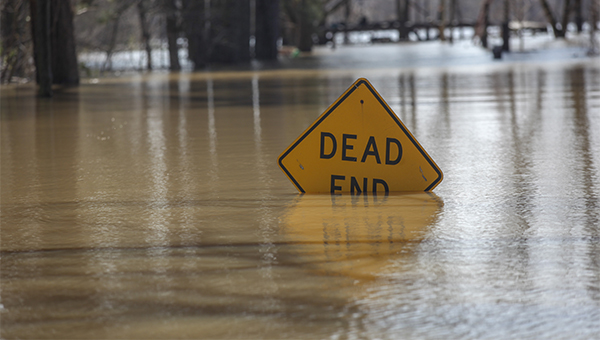 The Army Corps of Engineers has canceled a $450 million Mississippi flood control project following the Environmental Protection Agency’s recent decision to overturn the project that had been green-lit in the final days of the Trump administration.

“The Corps remains deeply concerned about how flooding impacts the residents and the economy of the lower Mississippi Delta, including environmental justice issues affecting the population,” the agency said in a document filed Wednesday with the federal court in Washington.

Environmental groups that sued the Corps over the Yazoo Pumps project dropped the lawsuit after the Corps said it was ending its plans, court records showed. U.S. District Judge Dabney L. Friedrich in Washington signed an order dismissing the suit.

The Corps’ decision shows “the power of science, the law, and the public’s voice in holding agencies accountable,” American Rivers, the National Audubon Society, the Sierra Club, Healthy Gulf, and Earthjustice said in a news release.

The plan would have drained floodwaters, mainly from low-lying farmland, with a 14,000 cubic feet-per-second pumping plant.

Farmers and environmentalists have fought for decades over flood-control projects for the flatlands between the Mississippi and Yazoo rivers. The area has flooded in nine of the past 10 years.

The Corps statement said it “will work expeditiously to determine how to address these flooding impacts along with our federal, state, and local partners.”

U.S. Sen. Roger Wicker said in November that the Yazoo Pumps cancellation amounted to environmental injustice because it would protect mainly Black people,

The environmental groups said the Corps refused to consider alternatives while acknowledging that “only 17 percent of the backwater would receive any flood relief,” leaving most communities unprotected.

“This conclusion of the Pumps’ saga underscores the real opportunity to deliver meaningful flood relief to vulnerable backwater communities through existing federal programs that are available now to get money on the ground to those who need it the most,” the groups’ news release said.

The groups said wetlands restoration and voluntary wetland reserve easements were among the ways to reduce flooding. Money is available through the U.S. Department and from Federal Emergency Management Agency programs to prevent floods, they said, with additional funding possible through Hurricane Ida disaster relief and COVID-19 programs.