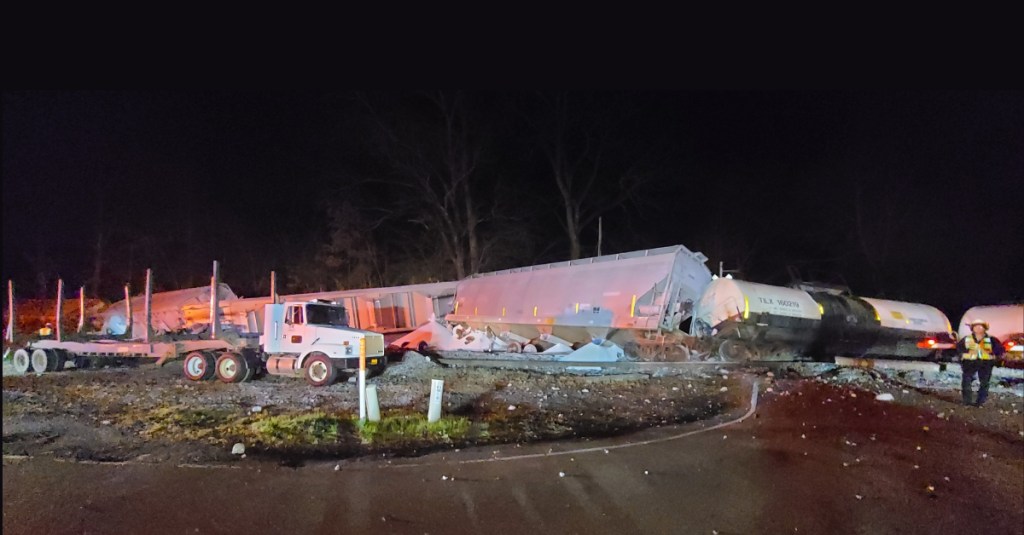 Traffic patterns appear to be the most affected aspect of Tuesday’s 17-car train derailment in Bovina.

According to Warren County Sheriff Martin Pace, the derailment will affect those who live south of the Bovina-Tiffentown crossing on Bovina Drive.

“The greatest impact right now is going to be traffic,” Pace said. “Anyone who lives south of the railroad tracks will have to use Warrior’s Trail as an alternate route.”

Warren County Fire Coordinator Jerry Briggs stated that the intersection will be blocked for some time as crews work to repair the damage and clear the tracks. Briggs said the incident damaged the track itself.

As of 9:20 p.m., Pace said no evacuation orders had been issued for the surrounding area.

“There are several cars derailed, some of which do contain chemicals,” Pace said. “We have the city of Vicksburg fire department’s hazmat group, the Warren County Fire Department and E3 Environmental hazmat on scene. E3 Environmental is a private group.”

“Everything is stable at this time,” Pace said. “There’s no word at this time on what caused the derailment, but there were no passenger vehicles involved.”

Some of the derailed cars were hauling sodium hydroxide, more commonly known as caustic soda or lye. The substance is most commonly used in textiles, pulp and paper, soaps and detergents, and for electroplating.

Sodium hydroxide is a corrosive substance that can react with moisture from the air and may generate heat as it dissolves, according to the Centers for Disease Control. This heat can be enough to cause a fire if the substance is near flammable materials, according to the CDC, and prolonged exposure can result in negative health effects.