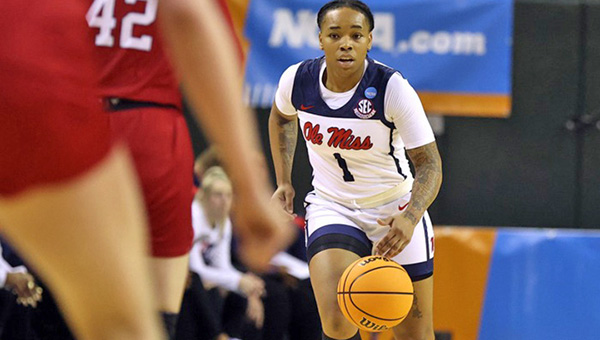 One of the drawbacks of writing a weekly column is that you have to write one every week — even in weeks like this one, where no single topic catches your eye and a lot of our local sports are taking a bit of a breather for spring break.

So, as a long weekend of college basketball tournaments take center stage, here’s a collection of thoughts and observations on the NCAA Tournaments — men’s and women’s — to satisfy the newspaper gods and get us along to next week.

• Watching Saint Peter’s beat Kentucky on Thursday was satisfying, as always. If you can’t get behind an upset like that, you’re either not human or bleed Kentucky Blue.

And while it probably won’t happen, I’m now super stoked about the possibility of a Saint Mary’s vs. Saint Peter’s East Regional final. The winner gets into Heaven.

• Speaking of Saint Peter’s, the best part of any upset is getting to the under-8-minute media timeout in the second half with the underdog leading. That’s when you can firmly buy in that they actually have a chance to pull this off and everybody’s ears perk up.

• The best highlight of Thursday’s opening day, hands down, was the Indiana cheerleaders retrieving the basketball stuck on top of the backboard. Fun moments like that are as important as buzzer-beaters in making the NCAA Tournament great.

• The women’s tournament is getting a much higher profile this year. Every game will be televised by the various ESPN networks, which is a first. Normally they stick with a handful of games and do whip-around coverage on the rest.

We occasionally get complaints about why we have the full TV listings for dozens of men’s basketball games each week, but never the women. That’s why. There normally aren’t but a handful of games televised, even on the sport’s biggest stage, and it’s hard to find a comprehensive list.

For the NCAA Tournament, we will include all of the women’s games as well as the men’s.

• I’ve got to admit, the nerdy, creepy enthusiasm of the “Paprika!” guy in the Geico commercial cracks me up.
For now.

By Sunday, when I’ve seen that commercial 1,653 times in three days, I reserve the right to want to shove a pound of paprika down his throat.

• Amidst the hoopla of the first round of the NCAA Tournament, Mississippi State fired men’s head coach Ben Howland. He didn’t win big in Starkville, but he did win and got the program back on its feet. He might have deserved better, even though deserve’s got nothing to do with it.

Howland’s time at Mississippi State mirrors, in some ways, Andy Kennedy’s long tenure at Ole Miss. Both elevated their programs and won, just not quite enough.

• For the record, my bracket is in deep trouble after day one. Kentucky’s loss didn’t hurt too bad since I had them losing to Murray State in round two.

It was No. 8 seed San Diego State, which for some reason I picked to reach the Final Four out of the Midwest Region, that was a body blow. I think this is the second or third time I’ve picked San Diego State to make a deep run and they’ve flamed out early. Need to make a note of that for next season.

My other Final Four picks of Gonzaga, Purdue and Tennessee are still alive. We’ll see how long that lasts.

Well, that’s enough for now. It’s time to listen to some basketball while I work. Paprika!