Butler’s back! Vicksburg native, NFL star ends retirement and will return to Patriots 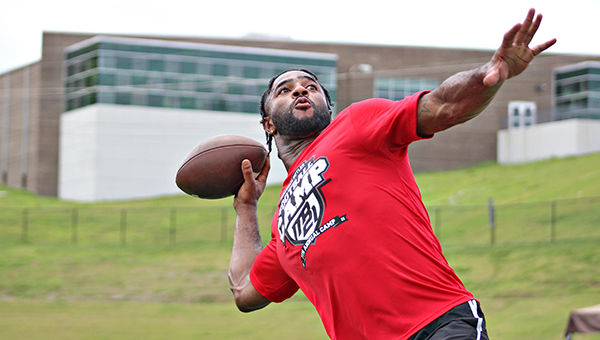 Butler is back — and in a most remarkable place.

Cornerback Malcolm Butler, a former Vicksburg High star who abruptly retired just before the 2021 NFL season began, has agreed to a two-year contract with the New England Patriots, his agent Derek Simpson confirmed to multiple media outlets on Wednesday.

The contract is worth up to $9 million according to media reports.

On his Facebook page, Butler posted a video with the faces of himself, Patriots head coach Bill Belichick and team owner Robert Kraft, among others, superimposed on dancers grooving to music.

The return to New England reunites Butler with the team he helped to two Super Bowl victories before their time together ended in an awkward breakup.

Butler went from unknown rookie to NFL legend literally overnight with his goal line interception in Super Bowl XLIX against Seattle, following the 2014 season. The pick sealed the Patriots’ 28-24 win, and turned Butler into a superstar.

He was given a parade in his hometown of Vicksburg a few weeks later in February 2015, part of an offseason full of parties, celebrity appearances and other celebrations.

Butler moved into the Patriots’ starting lineup in 2015. He was selected to the Pro Bowl that season and was a second-team All-Pro in 2016 when the Patriots won the Super Bowl again.

New England reached a third Super Bowl in 2017, but Butler’s time with the team came to a bizarre end.

After playing 98 percent of the team’s defensive snaps in the regular season and playoffs, Butler only played one special teams snap in a 41-33 loss to the Philadelphia Eagles in Super Bowl LII.

He signed a free agent contract with the Tennessee Titans that offseason, and the reason behind his controversial benching in the Super Bowl became one of the NFL’s great mysteries. It was never fully explained by the Patriots’ coaching staff or Butler himself.

Butler played three seasons with the Titans before they released him in March 2020 in a cost-cutting move to save salary cap space. He signed a one-year contract with the Arizona Cardinals soon after, but had another unusual exit from their roster.

Just days before the 2021 season was set to begin, the 32-year-old Butler announced his retirement. He played in two preseason games and was set to be a starter for Arizona, but was instead placed on the reserve/retired list and sat out the entire season.

Neither Butler nor the Cardinals have publicly spoken on the matter to provide specifics for his decision.

The Cardinals released Butler in February. Not long after, several national media outlets reported he was working out on his own and appeared ready to end his brief retirement. He reportedly worked out for several teams last week and is now on his way back to where he started his career as an undrafted free agent.

In his seven-year career, Butler has 17 interceptions in 100 games. In 2020, his last full season, Butler started all 16 games for Tennessee and had career highs with four interceptions and 100 tackles.