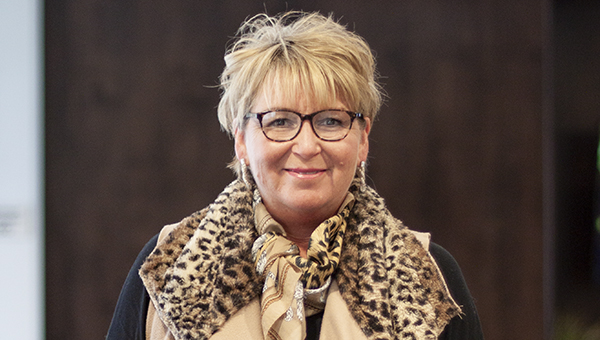 Lynn Foley was recently appointed to the position of Chairperson of the Board of Directors of the United Way of West Central Mississippi.

As a Vicksburg resident since 2003, Foley said she is committed to helping her community. She has been an active member in several civic organizations, such as the Rotary Club and the Vicksburg-Warren Chamber of Commerce.

“We are going to do whatever we can with our resources to improve the quality of life for people in our community,” Foley said.

While this is the first time Foley has had the chairperson position, she has been active on the Board of Directors and has been volunteering at the United Way for about six years.

Foley is a 28-year hotel industry veteran. She is an employee of Southern Hospitality Group, a company owning a number of hotels throughout the region, including four hotels in Vicksburg. She described how she came to be in her current position within the United Way. Six years ago, she approached Michele Conelly, Executive Director at United Way of West Central Mississippi.

“I wanted to help my neighbor,” Foley said.

She asked Connelly if there was something she could do for the United Way. Foley said she thought she would be reading to a third-grade class or serving food to the homeless.

“She (Connelly) had bigger things in mind,” Foley said. “I wouldn’t trade it for the world.”

Connelly recognized Foley’s talent for administration and had her serving on boards.

Foley described the goals of the UWWCM as defined by the group’s strategic plan for 2022 through 2026, which she and the rest of the board laid out last year.

This includes supporting the mission statement of the UWWCM, to “build a stronger, healthier community by bringing human, financial and strategic resources (to) deliver measurable improvements and solutions to critical health and human services.”

The United Way is, in part, a fundraising mechanism for its partner agencies.

“We run an annual campaign and allocate dollars to support programs which align with our four target issues of education, financial stability, health, and support services,” she said.

However, Foley also pointed out that there are multiple ways the organization helps the community apart from simply allocating funds. They are also engaged in a number of programs directly helping the community. These include providing disaster relief, providing hot meals to the elderly and food items to local food pantries and churches, and multiple projects designed to support literacy.

“(We have our) Day of Action, which brings together volunteers to go visit early education centers to teach about healthy eating, healthy living, and the importance of literacy,” Foley said. “Every third-grade student in the Vicksburg-Warren school district receives a free book every quarter. There is a program called Mission Acceleration, where they improve student literacy skills by giving them one-on-one tutoring opportunities.”

Often, the United Way will partner with organizations that are already doing work that aligns with their stated target issues. Foley said that this is to avoid redundancy in the help being provided to the community. As she put it, the idea is to “avoid reinventing the wheel.”

“Our community investment committee is probably one of the hardest working committees within the United Way,” Foley said. “They work with allocating the funds that are raised during our campaign to the programs in our partner agencies that support our four target (issues).”

She added, “I really think it’s important for you to volunteer in an area that you are passionate about. make sure it’s something that you want to be a part of. Obviously, that’s different for everybody.”

Those who are interested in becoming a volunteer with the UWWCM can go to unitedwayvicksburg.org and click on the ‘Volunteer’ button, or call the office directly at 601-636-1733.