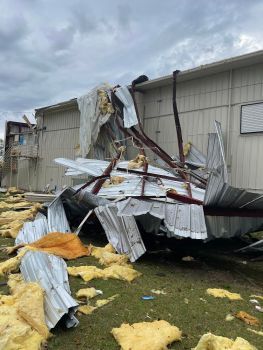 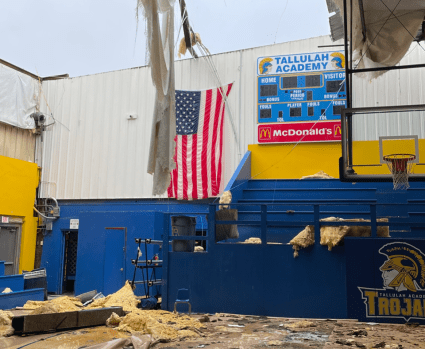 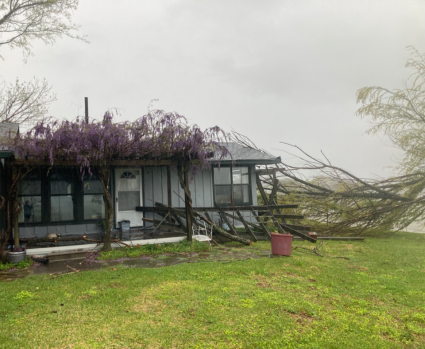 The home of Bump and Peggy Callaway, at Eagle Lake, sustained damage during a severe storm that hit the area on Wednesday. (Photo Submitted)

The National Weather Service in Jackson confirmed reports of a single tornado that destroyed the Tallulah Academy school building and caused heavy damage in the Eagle Lake area on Wednesday.

The tornado touched down at 1:55 p.m. between Monroe, La., and Tallulah, La., near US-80. The tornado then moved east. It caused severe damage to the structure of Tallulah Academy.

The tornado then moved across the river to the Eagle Lake community where it caused major structural damage to multiple homes.

In a Facebook post on Wednesday evening, Tallulah Academy stated the school will be closed until further notice. Donations to help with repair efforts are being accepted at the Tallulah location of Tensas State Bank.

An estimated 20 to 30 homes were damaged around Eagle Lake, with those around Eagle Lake United Methodist Church seeing the most impact. Warren County Sheriff Martin Pace also reported that a piece of a cotton combine was blown off the machine and onto Eagle Lake Shore Road.

No injuries were reported in either incident.