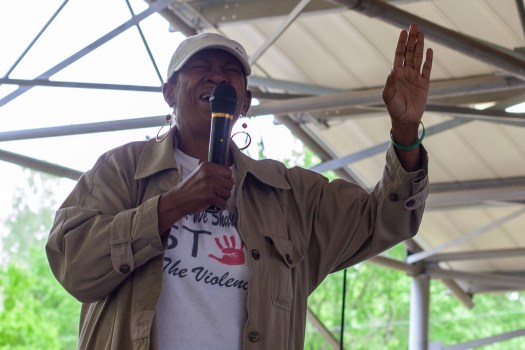 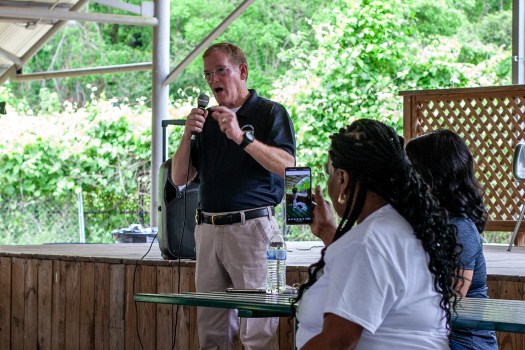 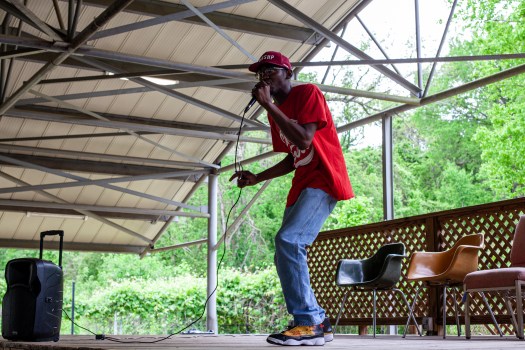 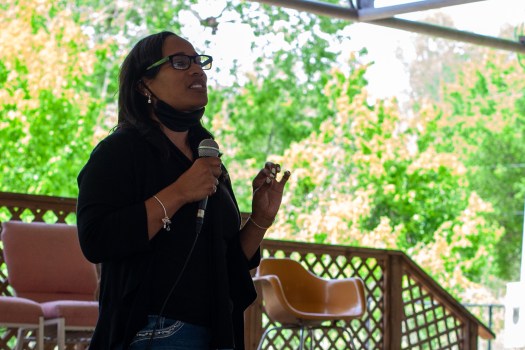 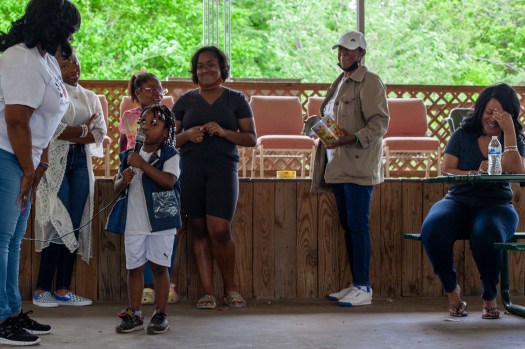 Attendees engage in the open mike portion of the 9th annual Stop the Violence Rally. (Photo by Ben Martin) 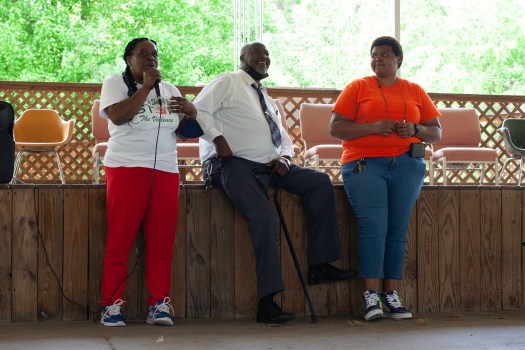 Martha Thomas and attendees at the 9th annual Stop the Violence Rally. (Photo by Ben Martin)

The annual Stop the Violence and Mental Illness Rally was held last Saturday at the Vicksburg City Park and Pavilion.

The event was hosted by Martha Thomas, who has been hosting the rally for the past nine years. In attendance were several expert guest speakers who covered topics on crime and mental illness.

Municipal Court Judge Angela Carpenter was the Mistress of Ceremonies for the event.

“We’re here to educate each other and inspire each other to come up with some vital ways to work on the violence not only in our city but in this nation,” Carpenter said.

“What law enforcement across the country deals with are bad decisions. Bad decisions and simple choices,” Pace said. “When you break into somebody’s house and you choose violence as an answer, as a solution to some problem, that’s not a mistake. That’s a decision. That is a choice that you’re making.”

He spoke about behaviors learned by young people through the media they consume.

“When they see people using violence, using drugs, using all these bad decisions as a solution, that’s what they’re mimicking,” Pace said. “Every kid that picks up an iPhone has access to this.

“When they’re 14, 15, 16 years old, and they’re still making bad decisions, they come into my lane of traffic,” Pace added. “It is absolutely heartbreaking to me right now that I have kids in the county jail, charged by state law as an adult.”

Harris introduced his set with a testimonial.

“I was hanging out with the wrong crowd… doing drugs, selling drugs,” Harris said. “After a while, I ended up enrolling and going to Job Corps in Batesville, Miss.”

Job Corps is a program run by the U.S. Department of Labor that provides free job training and education. Through the program, Harris was able to obtain his GED. He has since been listed on the top 50 Global Christian/Gospel charts.

Carpenter spoke about the need for mental health awareness in the justice system.

“It’s about caring. It’s about all of us caring and doing our part,” Carpenter said. “I often tell people that in my position, it’s more than just giving a fine to someone or putting someone in jail. … Oftentimes, jail is not the answer. You have to get down to the root cause.”

“Mental illness affects us in so many ways,” Flowers said. “It affects our social life. It affects our judgment. If you are not mentally stable, it does not make you crazy. But it does throw you off balance where you’re not able to function as a normal citizen.”

Flowers spoke about how the COVID pandemic has compounded mental health issues across the country.

“According to statistics, there has been an increase in gun violence, domestic violence and abuse,” she said.

One of Flowers’ goals for the event was to bring awareness and understanding of mental health to the community.

“You don’t want to just go there and handle a person with a mental disability physically,” Flowers said. “You have to be able to deescalate the situation. This is why Crisis Intervention Training in the community is so important.”

Flowers said she also wished to dispel myths that people with mental illness are likely to commit violent crimes.

“Someone with mental illness can either be the victim or the person being victimized,” she said. “Knowing how to deal with that person is very important.”

She also spoke about the need for access to mental health services in the community.

“You have to start in the school systems. You have to have access to victims,” she said. “For everybody who is being affected, there needs to be something in place so that these people can get help.”