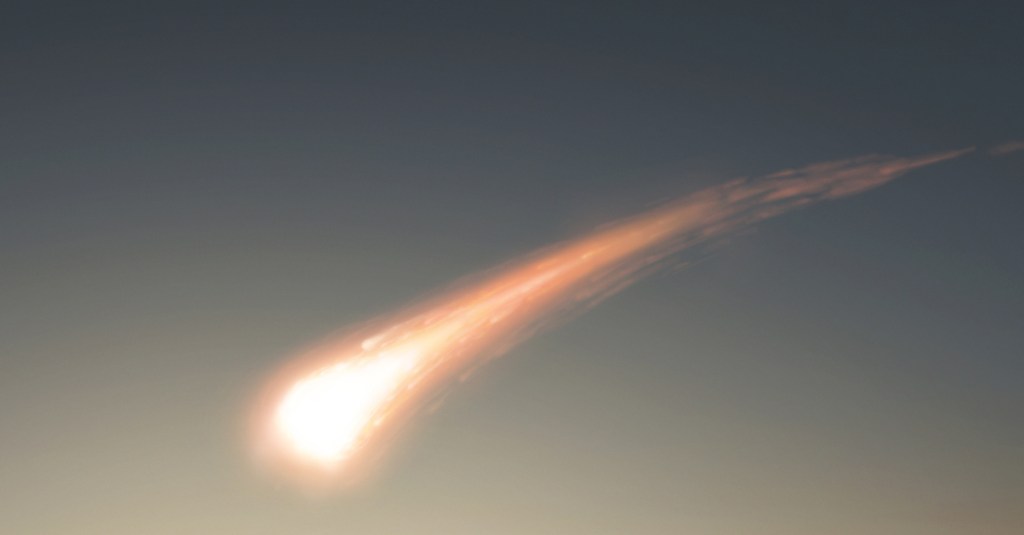 ADOBE STOCK IMAGE, NOT AN IMAGE OF THE FIREBALL REPORTED ON APRIL 27.

There’s no need to call the “Men in Black” to Vicksburg after all.

It wasn’t an extraterrestrial life form, a meth lab gone bad or a piece of SpaceX equipment that survived re-entry to the earth’s atmosphere — the ‘loud sound’ and fireball reported in the sky Wednesday morning was a meteor, as confirmed by the National Aeronautics and Space Administration (NASA).

The Mississippi Emergency Management Agency (MEMA) announced on Facebook that it confirmed with NASA that a fireball caused the noise. No injuries or property damage has been reported.

Officials said the meteor ran parallel to the Mississippi River and sightings were reported across Louisiana, Mississippi and Arkansas.

Warren County Emergency Management Director John Elfer reported on Wednesday afternoon that no 911 calls were made locally regarding the spacial sighting — but those who saw it should have called 911 to alert authorities.

“Any time these things happen in nature, if someone sees something like that and they think they need to report it, they are welcome to call 911,” Elfer said. “If people will call us and alert us to strange things that happen like this, it makes it easier to stop rumors from spreading.”

According to the American Meteor Society, fireballs are an exceptionally bright type of meteor that can burn brighter than the planet Venus. When entering the earth’s atmosphere, they travel anywhere between 25,000 mph to 160,000 mph, but that speed deteriorates rapidly as the meteor plummets toward the earth.

If it lands on private property, it automatically belongs to the property owner.

When the loud noise and fireball were reported across the state on Wednesday morning, theories abounded as calls were made to local officials. In Claiborne County, the emergency management agency there issued a statement confirming Grand Gulf Nuclear Station was not the source of the boom.

The Mississippi Emergency Management Agency also weighed in early, saying in a statement that it was working with officials across the state to determine the cause of the blast and suspected fireball.