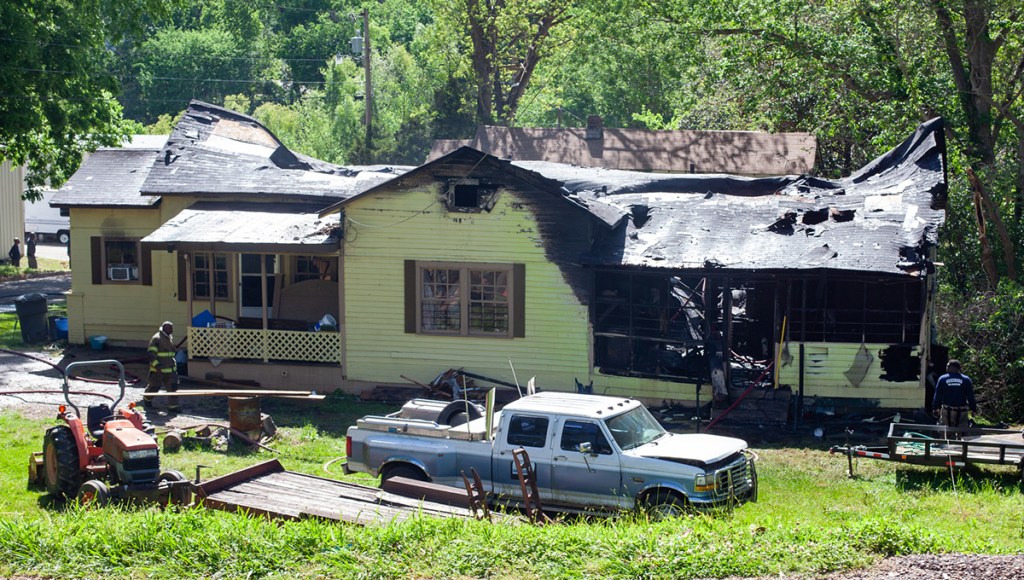 The result of a residential home fire on Harris Street on April 27. (Photo by Ben Martin)

All occupants of the home were able to make it out of the home safely and no one was injured. Vicksburg Fire Department Chief Craig Danczyk said the home will be a total loss.

“(I’m) just glad the occupants were able to get out of the home and the firefighters were able to work safe and smart,” Danczyk said.

He said the units that responded were Battalion One, Engine Six, Engine Seven, Rescue Ladder 14, Ambulance 40, FD One and FD Three.

The fire started in the kitchen while occupants were cooking breakfast.

Danczyk said a contributing factor to the spread was a remodeled attic, which created multiple avenues for the fire to spread. Firefighters also had to work around a downed powerline, he said, which created an additional obstacle.